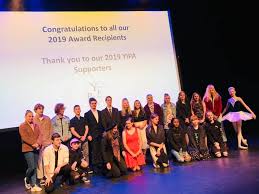 One of the Coast’s leading youth arts organisations wants to see a performing arts high school established in the region.

Gary Jackson is the Director of YIPA (Youth In Performing Arts), the Coast’s leading youth performing arts talent and development ensemble, and for the past 10 years, he’s watched on as talented local thespians, dancers, singers and musicians have passed through YIPA’s ranks, but now he wants to give the host of young Coastal talent somewhere local to flourish.

Jackson has taken the YIPA Committee’s idea for a fully fledged performing arts school on the Coast to local members across the region in the hopes that they’ll back the proposal when it’s ready to be presented to the NSW Department of Education.

According to Jackson, each year, hundreds of Central Coast based students travelled to either Newcastle or Newtown to attend a performing arts high school, and it was high time that the Coast had its own school to meet the growing needs of the region. “During my 10 years with YIPA, I’ve seen how enthusiastic our kids are and there is an unquestionable need for a performing arts high school on the Coast.

“We have a dedicated selective academic high school, an Information Technology specific high school and a sports high school, so why don’t we have a performing arts school? ” he said. Jackson said student numbers would also be relatively easy to gauge given the number of students already involved in Creative and Performing Arts (CAPA) and Entertainment courses at local schools and believes the a performing arts school could attract 500 plus students easily.

“There are so many kids wanting to get involved in CAPA on the Coast, but there’s really only a handful of local private schools that have the finances to offer truly excellent programs and opportunities for them.

“Imagine if all of these like minded students had a school in their own area where they can learn creatively and inspire one another. “It would be amazing to see, ” Jackson said. Jackson said his proposal was still in the developmental phase, with no set locale for the proposed school outside of being a central location with established public transport links. “At this stage, the YIPA Committee is just getting the idea out there.

“We’ve engaged with the local members for The Entrance, Wyong, Gosford and Terrigal, and so far the response has been positive. “It’s also got the full support of the Central Coast Parents and Carers Association, ” Jackson said. “For the time being, we’ll be working on getting the word out and will continue to engage stakeholders on the matter, ” Jackson said.

Member for Wyong, David Harris, said he had spoken with his Central Coast Labor colleagues about the proposal and said while they were supportive of providing more opportunities for students interested in the arts, the high school proposal was not a black and white issue.

“For us, it’s not so much about whose electorate the school would go in but ensuring that those big questions surrounding the proposal are answered satisfactorily. “Those public discussions are key and they will need to be quite detailed for us to fully support it, ” he added.

A meeting has been called between the aforementioned local members and YIPA to be hosted by Member for Gosford, Liesl Tesch, in December.

YIPA is calling all young performers