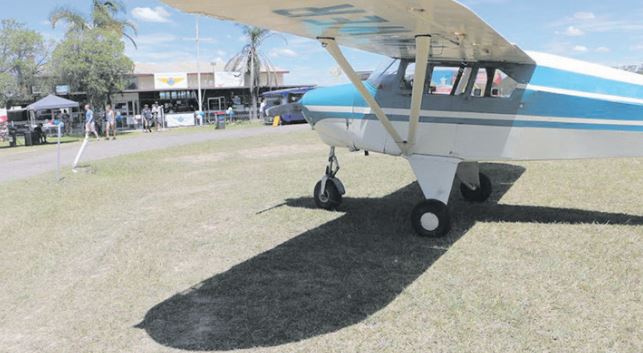 A light plane at Warnervale Airport on the Central Coast. Archive 2018

Councillor Louise Greenaway’s move to ensure close Council involvement in the review of the Warnervale Airport Restrictions (WAR) Act caused some heated exchanges in the Chamber and was almost hijacked by some councillors who wanted to push public exhibition of a now defunct Aviation Hub Concept Plan.

The State Government has commissioned an independent review to determine how the airport can be best managed and regulated in the future. Cr Greenaway’s Motion at Central Coast’s Council December 9 meeting, called for staff to include any submissions from councillors in discussions about the Terms of Reference and nomination of reviewers for the Act.

Also, she wanted Council staff to keep councillors updated about their discussions with the State Government and that their draft Terms of Reference and Reviewers be brought to councillors for consensus.

Cr Greg Best said he was “concerned that a councillor’s personal views could be construed as Council views”, however, Director Connected Communities, Julie Vaughan, said Council often asked councillors to have input to submissions.

He went on to say: “I know what this is … this obsession with the airport, the rabid views … there’ll be certain individuals, and we all know their views, that’ll push this forward to try and get a little bit more representation around this issue. ”

“But we still don’t know what the community wants, ” he said. “We can’t get the masterplan (Aviation Hub Concept Plan) on public exhibition with submissions from the people, but we want to consult on the Terms of Reference (for the WAR Act)? Cr Marquart called Cr Greenaway’s Motion “just another bash at the airport”.

“The sycophantic individuals that hate the airport, that just want it gone, are trying to sponge all the information about the airport so they can spit it around here like bits of acid so they can drive the airport into the ground, ” he said.

He warned that Cr Greenaway’s Motion would have the opposite effect, and “would not achieve what they wanted to achieve”. “The State Government does not have to allow Council to be involved in this process in any fashion, they don’t have to tell this Council anything, ” he said. “What this will do will drive them to the point where they say they’ve had enough, we’ll do the review, you forget it. ”

Cr Doug Vincent, in support of Cr Greenaway, simply said “If the conspiracy theorists have flipped out over a grassy knoll down near the airport, and they are all that worried about people asking some questions, then I’d like the questions asked even more”.

Cr Greenaway said there was no bias in her Motion, “this is not corralling any particular type of submission”. “It just says, if anyone wants to make a submission they can, and could the staff please include them, yet somehow, we have this deranged commentary from Cr Marquart” – a comment which causes some councillors to erupt into heated exchanges.

Cr Bruce McLachlan put an amendment “in the interest of transparency” which requests the CEO to exhibit the airport masterplan and public submissions be included in reference to the WAR Act Review”. There has never been a public exhibition or opportunity for community comment on the Central Coast Aviation Hub Concept Plan.

It was a plan drawn up by the former Wyong Council and was considered for the first time by the newly amalgamated Central Coast Council in September, 2017. Staff recommended it go on exhibition for public submissions, but instead, councillors voted to immediately suspend all works, land acquisitions and expenditure on the airport, and reallocated $6M meant for airport development toward employment generating projects across the former Wyong Shire area.

Since then, Crs Best and McLachlan, have tried at every opportunity to have the masterplan put on exhibition for public comment, always unsuccessfully. Again, they didn’t have the numbers, and Cr McLachlan’s amendment was lost.

Director of Governance, Dr Liz Develin, interrupted the speeches about why the masterplan should be released for public comment, to say “there has been a previous masterplan and previous reviews of the WAR Act and I think you might be referring to those, as opposed to this current WAR Act review”.

She said the masterplan was not related to the current WAR Act Review by the State Government and it was their Terms of Reference and at their discretion how they conducted the review. Cr Greenaway’s Motion finally went to the vote and won 8-6, with Crs Smith, Vincent, Sundstrom, Mehrtens, Hogan, McGregor, Greenaway and Matthews in favour and Crs Gale, Pilon, Burke, McLachlan, Marquet and Best against.

Terrigal MP, Adam Crouch, said the WAR Act Review would begin early next year and the State Government would consider the reviewers’ recommendations once complete. Stakeholders and community members will be invited to submit feedback and advice as part of the review process, he said.