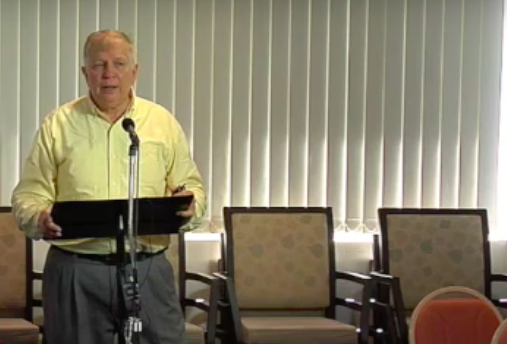 [Forum] This is an open letter to all Central Coast councillors. Due to a number of private issues that have grounded me for much of the last 12 months, I’ve had plenty of time to make submissions on various policies, observe, and analyse the progress of Central Coast Council while simultaneously hearing much of the frustration being vented, especially by some of the independent councillors.

No doubt the Liberal and Labor councillors feel similar frustrations, maybe for different reasons. In my opinion, there are some councillors capable of rigorous intellectual engagement, and some not, in each of the political sectors represented on Council: Independent, Labor and Liberal.

I can understand the frustration when one group sees another group locked up on an issue, seemingly irrespective of the logic of the debate, common sense, or community wishes. I too believe that practice to be an abuse of democratic ideals, even more damningly so when the lock-up is imposed by a factional heavy from outside the Council but within a political party.

So, sometimes we see sensible, intellectually capable and ethically motivated councillors voting against their own views and their community’s wishes, in order to remain loyal to their faction-within political parties as interested only in promoting themselves, promoting their party irrespective of the wishes of their communities. The political loyalty of local politicians is, too often, a loyalty to their faction and party, not a loyalty to the community.

That is, is it possible to collect together the matters on which we can agree, and then facilitate their democratic passage through Council? The proposed agreement might be called a unity for community. We still retain our differences, and each councillor badges themselves accordingly but on core and agreed matters our councillors might consider a broad and united front.

My intention is to facilitate a collaboration across political divides with the goal of negotiating an agreed document which unashamedly focusses on the needs of the Central Coast community.

In 2020 we face another Council election and, despite some good initiatives taken over the past three years, the Council appears politically directionless. In my opinion Council has two possible directions: continuing its laissez faire approach or developing a community based plan.

I believe most councillors would feel comfortable discussing a planning spine for a community-based plan as there is nothing ideologically tram-lined in acknowledging a delicate environment, choosing only industries friendly to that environment, supporting a local university and TAFE, or running a high-engagement policy for our youth. It occurs to me that the thinkers on Council and future candidates, regardless of party lines, would be unlikely to rail against any of the elements I’ve included in the spine.

It is unlikely that I will be a candidate for Council so, if I felt even a small tremor of interest across-spectrum of those wishing to discuss a community-based plan for the Central Coast then I would be happy to host a small meeting of current councillors and interested candidates and members of the public at my home in Pearl Beach on January 12.

I would proceed with the meeting with even just a very small number because I believe there is value in pursuing the concept of unity of purpose for defined community good. Anyone interested in attending the meeting can email me at vandavy@hotmail.com