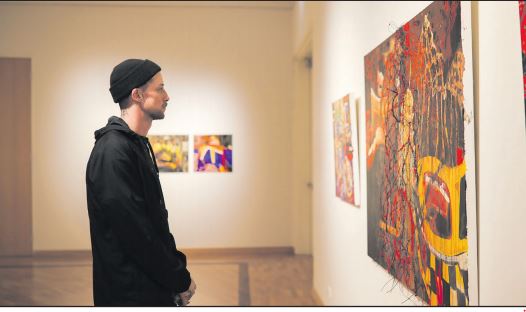 The annual Killcare Surf Club’s Art by the Sea Exhibition will be run this year as the Five Lands Exhibition from December 27 to December 30.

The surf club will not run its usual fundraising exhibition this year, with the timeslot granted to surf club president Mr Craig Sheppard, said the workload associated with organising the event was substantial and volunteers that normally coordinated it had opted out this year.

“For 10 years, the club has organised and run the annual art show in the auditorium over Christmas, ” Mr Sheppard said.

“It’s a massively hard slog and a huge ask on our volunteers that’s become increasingly more difficult over the years, so this year we’ve decided to take a break. ” Mr Sheppard said: “While it’s no longer a fundraiser for the club, the Five Lands is a great organisation. ”

The opening will be held at 2pm on December 27, followed by an opportunity to “meet the artists” at 4pm.

Viewing hours for the remainder of the exhibition will be 11am to 7pm.