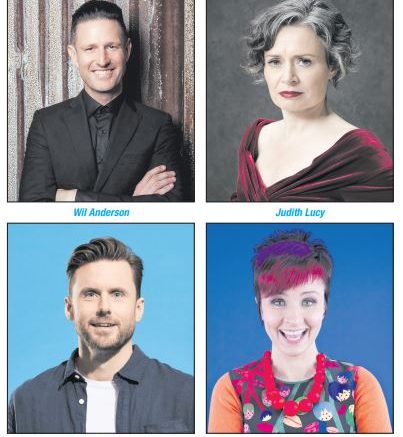 The Art House Wyong will kick off its 2020 program with a Summer of Standup Comedy featuring four of Australia’s favourite comedians.

Wil Anderson, Judith Lucy, Cal Wilson and Dave Thornton will each bring their renowned brand of wit to the stage across the month of January. Stand-up has a great track record at The Art House, drawing crowds of patrons keen to let their hair down and have a laugh.

Wil Anderson will kick off the program on January 11 with his show Wilegal. The mic will then be passed to Judith Lucy on January 17, as she asks the question; should she ever date again? in Judith Lucy VS Men.

Single again and 51, she will recount her full history with the opposite sex while exploring stereotypes and her own desires. Rounding out the summer of laughs are Cal Wilson and Dave Thornton on January 25, both in good form after selling out around the country in 2019 and securing a reputation as some of the country’s best comics.

Community organisations encouraged to apply for a grant

Info on fee-free traineeships and apprenticeships