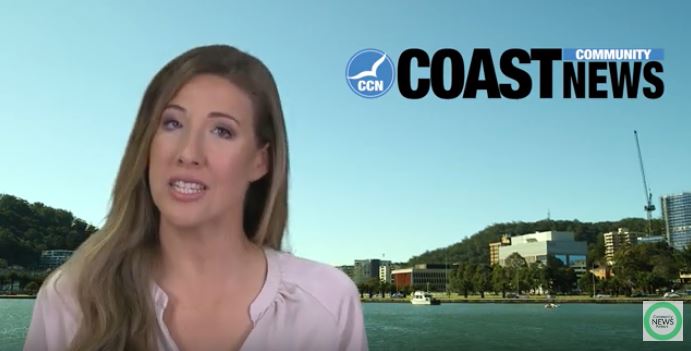 An emergency meeting of Central Coast Council will be held on Monday evening to discuss tightening water restrictions in the region.

The meeting was requested by Councillor Greg Best after his rescission motion on the matter was deferred on December 9 until mid February, after the summer holiday season. Cr Best said the Coast is facing a Water emergency and he is pushing for Level 2 water restrictions to be introduced when Mangrove Creek Dam reaches its trigger level of 50% capacity.

We understand that no public submissions will be allowed. David Abrahams spoke with Councillor Best earlier today.

In breaking news, Coast Community News has learnt that the Hunter Central Coast pipeline is now being used to supply water to the Hunter to the tune of 15 million litres a day.

This takes our total consumption from the dam to 95 million litres per day.

Central Coast firefighters are taking stock after another week of trying to contain the Gospers Mountain and Three Mile Fires and protect lives and property. The fires across the Yengo and Wollemi National Parks have now burnt over half a million hectares.

Our news crew was up on the mountain this week to see how firefighters and locals alike were faring. And cooler weather provided some respite for firefighters yesterday and today. These conditions are forecast to continue over coming days but there is still no rain forecast anytime soon.

Central Coast motorists face a $344 fine and a five demerit point penalty if they are caught using their mobile phones while driving. 10 high-definition detection cameras are now in place across NSW and we understand one will be in an undisclosed location on the Central Coast.

This is the first time in the world that artificial intelligence will be used to identify if a driver is holding a device. We understand there will be a 3-month period in which offending motorists will be issued a letter of warning, before that turns into a fine.

Balfour said the students named the rooster after Sydney Roosters’ player Braith Anasta. and that he was a treasured part of our school, often visiting classrooms and taking pride of place in school photographs.

Last week, we covered the Gosford District tennis associations women’s final and this weekend it was the men in action. Johnathon (Jono) Cooper kept rising star Bradley Simpson at bay to win the 2019 Open Men’s Club Championships at the Gosford District Tennis Club on Saturday.

In front of a large crowd, Cooper and Simpson traded blows for well over three hours in an epic struggle for the silverware, including a gripping super tie-breaker before Cooper prevailed winning 7/6, 4/6, 10-4. The U16 Boy’s Singles final between Nick De Vivo and Jayden Shipley also produced some scintillating rallies. De Vino created great power off both the backhand and forehand, but Shipley dug in, moving De Vivo around the court, enduing many long rallies and producing several electric passing shots of his own. De Vivo eventually took the honours, winning 6/3.

Tascott high jumper Nicola McDermott has capped off a stellar year by being named Sydney University’s Blue Athlete of the year.

It comes after McDermott became the number three ranked high jumper in Australia and earlier this year qualifying for the 2020 Tokyo Olympics with a personal best jump of 1.96 metres. In 2018, McDermott won the bronze medal at the Commonwealth games on the Gold Coast. And Nicola travels back to the Coast every week to train with local coach matt Horsnell.

And finally, its crunch time for the Mariners this weekend as the face competition leaders, Sydney FC in an away game.

The Mariners have sunk to the bottom of the ladder after a loss to Brisbane and a bye in the past two week and need to win to stay in contention. That match starts at 7:30 tomorrow evening.

Gary Purchase We finish our report with the inspiring story about local artist Gary Purchase, who’s artistic journey started at Gosford Regional Gallery a decade ago.

We caught up with Gary at the gallery, where his remarkable art works have been on display for the last month. That’s all for this week, thanks for joining us.

Remember, all our past video stories can be found on our website.

Vivid artworks to go on show

Woy Woy eyesore about to get a makeover