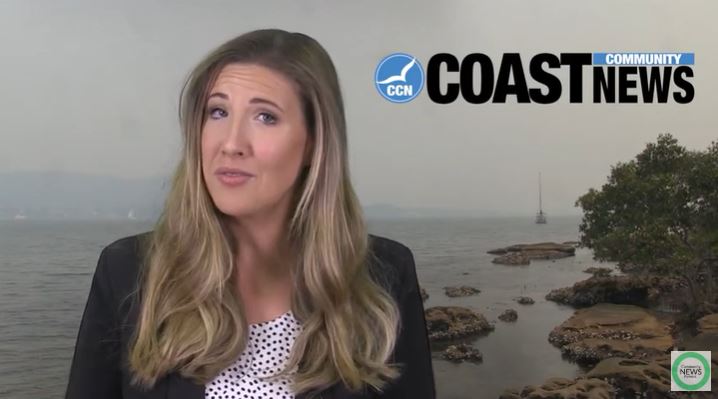 Risks to local residents from the Gospers Mountain and Three Mile fires have escalating this week and not just from fire.

The smoke haze that has blanketed the Coast for the past three weeks has deteriorated in recent days and is now raising greater concern with health authorities. As temperatures rose into the mid-30s on Thursday, the NSW RFS continued back burning around the Gospers Mountain fire, now burning over 231,000 hectares, while on Wednesday, the Three Mile Fire, currently on a Watch and Act level, threatened homes in Wiseman’s Ferry to the south-west.

Compounding the threat of bushfires, a series of overnight temperature inversions have continued to trap smoke and ash in the Brisbane Waters basin and across the broader Central Coast.

NSW Health has warned that children, older adults and people with heart and lung conditions are most susceptible to the effects of the smoke. All of this comes as Summer is only now just beginning. More dry weather and higher temperatures are expected over coming weeks.

The little Tern colony at North Entrance’s Karagi Reserve has suffered a devastating blow after several nests and eggs were destroyed by vandals over the weekend. A witness said a man and two boys were harassing the nesting birds, chasing newly hatched chicks and destroying nests and eggs. In an effort to preserve the endangered colony, the Council has fenced off a section of the reserve and posted large signs to prevent human interference. It’s unclear at this stage how severely the colony has been impacted and Australian Sea Bird Rescue Central Coast has already recovered one abandoned chick.

Rock fishers are now legally required to wear life jackets in high risk locations on the Central Coast or risk a $100 on-the-spot fine. State Minister for Local Government, Shelley Hancock, said the Central Coast had been officially declared a high risk area under the Rock Fishing Safety Act. Maps of locations covered by the new laws show that they will apply to almost all of the Central Coast’s ocean shorelines. A moratorium on the issuing of fines will apply until July 1, 2020, to allow rock fishers to be made aware of the new rule. David Abrahams spoke earlier with president of the Recreations Fishers Association Malcolm Poole.

The Entrance Boathouse runs aground

The future of the historic Entrance Boathouse is uncertain. The new owners have questioned whether they will be able to operate boat hire and repair services given the extent of silting at The Entrance. For years other businesses at The Entrance have also raised concerns about a damage in tourism and retail business in the area as a result of the silting, one even suggesting the name be changed from The Entrance to The Exit. The matter has been tabled for discussion at Monday night’s council meeting, as part of the ongoing saga of water quality, bad odors and dredging in Tuggerah Lakes.

Mayor Lisa Matthews visited the Boathouse owners on Wednesday afternoon while our camera crew was visiting The Boathouse but she politely declined to comment.

Mad Cow theatre company turns 23 years this year and has trained over 10,000 local children in drama and performance over that time.. We spoke with Mad Cow Theatre company founder Ian McGuire about the journey of this remarkable local institution and their plans for the future.

Out on the velodrome at Adcock Park, speeding along under the radar, is one of the Coast’s most promising young sportswomen. Her name is Liliya Tatarinoff and, at just 13 years of age, she is already a national champion in her field of track cycling. In April, Liliya became the Australian Champion for the 500m Time Trial, Sprint and Criterion and in November, she faced up to the best racing cyclists in her age group from around the country in Round 1 of the National Junior Track Series in Brisbane. Out of 11 races, she came seventh in one, second in another and won the other nine to be leading the series going into Round 2 in Sydney this weekend.

The Lisarow Ourimbah magpies have taken out the first piece of silverware of the 2019/20 season with a five wicket win over Warnervale in the One-Day final played at Erina Oval on Sunday. Warnervale posted a defensible 167 runs and, at one stage had Lisarow-Ourimbah struggling at 4 for 76, before the magpies skipper and team mate Ben Sunshine took matters into their own hands. Lindsay, who was named Greg Smith medallist, made 70 runs off 98 balls with nine boundaries while Sunshine brought up his half century with a four to win the match. We managed to capture this footage of the team’s “swoop down” victory song.

The Central Coast Mariners can confirm a proposal has been submitted to Central Coast Council regarding the Management Rights of Central Coast Stadium. The Club will now await the completion of the Council’s process with the proposal.

That’s all for this week, thanks for joining us. You can access all our past videos at our website and remember to subscribe to our Youtube channel for instant updates and we’ll see you next week for 5@5.