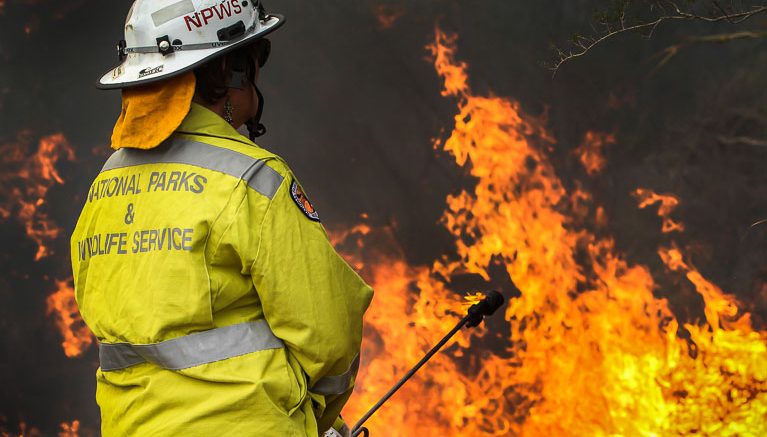 The National Parks and Wildlife Service (NPWS) has hit back at claims by the Public Service Association of NSW (PSA) that the state’s bushfires, including the Gospers Mountain and Three Mile fires which threaten the Central Coast, have been exacerbated by cutbacks to NPWS services made 18 months ago.

PSA General Secretary, Stewart Little, said the intensity and impact of the fires has been increased by “significant cutbacks” to the service.

“Overall, there has been a 35 percent cut to fire trained positions in National Parks, ” he said.

“The loss of expertise is irreplaceable, area managers with 30 years’ experience have left roles and not been replaced.

“Under resourced and over stretched park rangers and other NPWS staff mean that core duties are under pressure.

“Apart from last financial year, National Parks haven’t been able to reach their annual hazard reduction target since 2016. “It’s not just hazard reduction. “Money set aside for upgrading fire trails hadn’t been spent and the work has not been done.

“Hazard reduction, fire trails maintenance, all of this takes place over years, not a single season. “It means that this problem has been compounded.

“A restructure in National Parks has meant workers are expected to manage twice the workload. “That is unsafe in any situation, but in the current conditions we are facing, this could be deadly. “It fundamentally comes down to an issue of resourcing and an exodus of expertise from national parks. ”

But a spokesperson for NPWS said the effectiveness and capacity of the service had been demonstrated in recent weeks as NPWS staff work tirelessly alongside RFS volunteers and other agencies to save property and lives. “Each day, there are typically more than 300 NPWS staff fighting fires and assisting as part of critical incident management teams, ” the spokesperson said.

“Any suggestion that the restructure has diminished the capacity of NPWS to deliver effective fire management is incorrect and is not supported by any evidence. “Over the last four years, more than 75% of all prescribed burning in NSW has been carried out by NPWS.

“This reflects an exceptional performance by NPWS staff. “NPWS maintains a fit and prepared firefighting workforce and has adequate resources to conduct hazard reduction and emergency response activities. ”