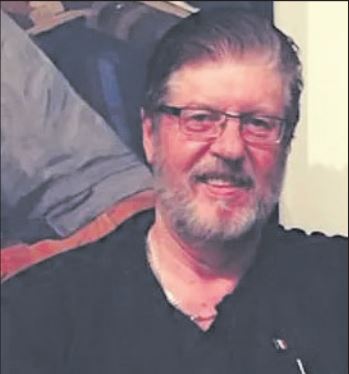 Local Central Coast artist Patrick_Carroll died October 20, 2019 as a result of a fire.

A 13-year-old Berkeley Vale boy has been charged with manslaughter after police allege that he started the Ebbtide Mall fire that killed resident artist, Patrick Carroll.

Emergency services were called to the shopping centre on The Entrance Rd, The Entrance, at about 4:30pm on Sunday, October 20, and found the building well ablaze. Carroll, 69, became trapped in his studio on the building’s first floor after flames and heavy smoke blocked the exit.

Security screens over the windows prevented him from making an escape. Carroll called triple zero to make his location known, but despite an eventual rescue and the best efforts of NSW Fire and Rescue, he succumbed to smoke inhalation and was pronounced dead at the scene.

Financial Crimes Squad’s Arson Unit Coordinator, Detective Chief Inspector Richard Puffett, announced the charges against the boy during a press conference on Monday, December 9, following his arrest and committal at Woy Woy Children’s Court, where he was refused bail.

Detective Puffett was unwilling to comment on details relating to the investigation with the matter still before the court and given the accused’s age, but it is understood that police have CCTV footage of the accused entering the building with four other teens and setting a lounge chair alight.

It’s been reported the footage shows the group attempted to extinguish the fire and then fleeing the scene when they were unsuccessful. “We are alleging that the fire was deliberate and resulted in the death of the male, ” Detective Puffett said. Detective Puffett said Carroll’s family had received some comfort in knowing that the investigation was progressing but were “concerned” to learn the age of the accused.