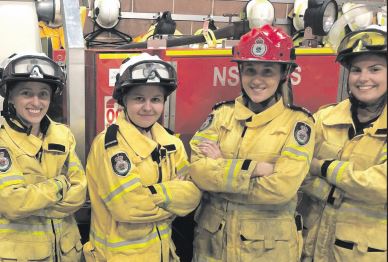 Wamberal Fire Station is back and ready for this year’s fire season.

[Forum] After the cyclone devastated Darwin in 1974, the commanding officer of the clean-up, Major General Alan Stretton, informed the government that he needed 100,000 men and women to be trained for all emergencies in the country.

Since then, all governments of all persuasions put this into practice, but since 1974, nothing has happened, and I ask why? What is going on in the senior public service?

Don’t they understand that people matter, not just themselves? Prime Minister Morrison and all politicians, get your act together and get on with the job in the interest of the nation.

Emergency service workers to look after each other

Arts, culture and community are truly beyond politics

Make sure its real flathead