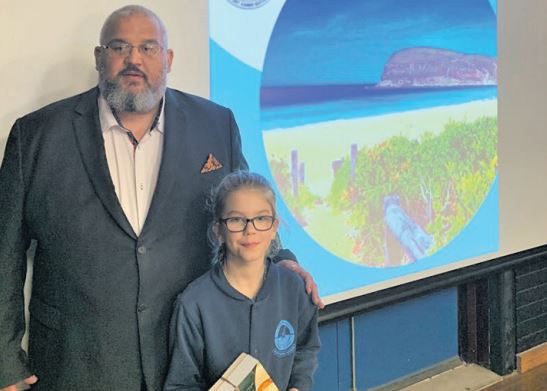 Copacabana Public School’s, Zoe Evason, and Gosford Public School’s, Alex Zhang, are two of the Coast’s official word wizards, and will represent the region at the state finals of the Premier’s Spelling Bee.

Alex will be joined by Bateau Bay Public School’s, Zachary Glover, as they go head to head with the 46 other senior section finalists who are this year’s cream of the crop when it comes to spelling, landing in the top 0.005 per cent of all competition entrants.

To accommodate the growth in entrants, the NSW Department of Education hosted 49 regional finals, of which 28 were in rural NSW and 21 in the Sydney Metro area. The 2019 state final will be held in the Eugene Goossens Hall, ABC Centre, Ultimo later in November.