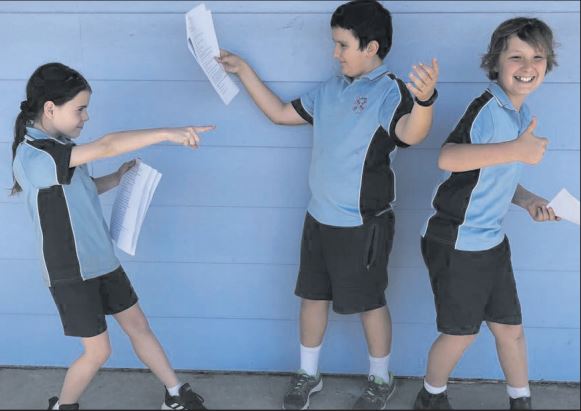 The school introduced the Uniform Review Committee earlier this year in an effort to gauge the current school community’s satisfaction with the school’s summer and winter uniform and to float potential changes to specific garments, as well as gauge interest in designs for potential new items in each line.

“I’m happy to report that 96 parents, a significant proportion of the parent body, took the time to respond to the first committee survey, ” said principal Ms Ona Buckley. “The vast majority of respondents voted to discontinue the summer dress and winter tunic options.

“A significant number of respondents (41.94 per cent) stated that they were happy with the current raft of girls’ pants options available from the uniform shop or were happy to buy girls’ pants elsewhere. “In terms of a winter jumperjacket options, the sports jacket was the overwhelming favourite while the least popular option proved to be the fleecy jumper.

“Thirty-three members of staff completed the staff survey and the results closely mirrored those obtained in the parent survey, meaning teachers supported discontinuing the dress and tunic options, and felt that the sports jacket was the best of the jumperjacket options too, ” Ms Buckley said.

Ms Buckley said the student survey also proved popular, with 226 students giving their input. “When asked what they usually wear on cold days, students indicated that they preferred the fleecy jumper over the sports jacket, with the pullover jumper proving to be the least popular option by quite some margin.

“Girls indicated that that they preferred to wear a polo shirt paired with either a skirt, shorts, leggings or pants, to wearing dresses. “Only 9.5 per cent of girls indicated a preference for wearing a dress, ” Ms Buckley said.

“Certain themes emerged from the responses to the open-ended questions asking students what changes they would recommend to the current school uniform options, with students indicating that they wished the sports jacket was warmer, that long-sleeved polo shirts would make a comeback, and that house colours be introduced on jackets and jumpers.

“A number of parents indicated a preference for natural fibres and more still indicated that they would prefer the polo shirts to be navy with sky blue gusseting (the reverse colour scheme of the current polo and similar to current Year 6 shirts) to avoid problems with stains.

“All-in-all a number of valid points were raised and all members of the school community were given the opportunity to have their say in the direction the school will take with its school uniform policy in the coming years. “The only concrete decision to have been made thus far is to sell out all existing stock of tunics and dresses and then to cease stocking them in the uniform shop from that point onwards.

“These items can still be worn for at least the next three years and will still be available for purchase in this time from second-hand sources. “Any further determinations on changes to the school uniform will be discussed in future Parents and Carers Group and Uniform Review Committee meetings, ” Ms Buckley said.