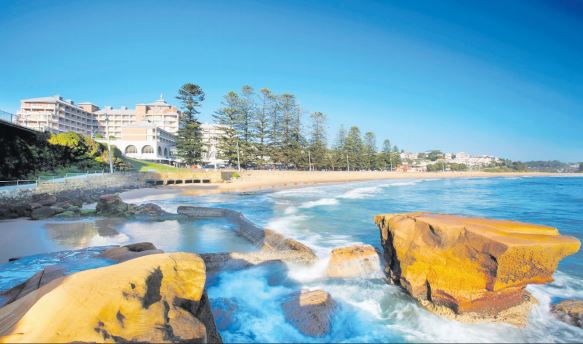 Tourism expenditure on the Central Coast hit an all time high of $1.074B during the 2018-19 financial year, according to latest statistics released by Tourism Research Australia.

The latest National Visitor Survey results report that Australian overnight visitor expenditure on the Central Coast grew by 20.7% to $660M, while the number of visitors grew by 15.5% to 1.74 million for the year ending June, 2019.

CEO of TCC marketing agency, Affinity, Luke Brown, said TCC had teamed up with the region’s tourism business community to revive tourism growth through its ‘Have a Little Adventure’ tourism campaign “With funding from Central Coast Council, the campaign was designed to improve perceptions, intention to travel to, and spend in the Central Coast among Sydneysiders, and ran across television, digital, social and outdoor media for the 12-month period of this visitation and expenditure growth, ” he said.

The campaign was supported with more than $250,000 in investment from 38 Central Coast businesses. “Post-campaign research told us that that this campaign was memorable for Sydneysiders, ” Brown said. “They told us they were going to come and they did!

“We’re thrilled that our work has helped to contribute almost $200M in additional tourism spend for the Central Coast economy. ” The number of daytrip visitors grew 24.6% to 4.55 million, with international visitor nights growing by 35% to 945,000, or an average of 14 nights for each of the 68,000 international visitors. Tourism businesses across the Coast also reported strong results for the 2019 financial year.

Blue Lagoon Beach Resort Operations Manager, Jody Kember, said the resort had had a double digit increase in visitation from Sydneysiders wanting to stay in its refurbished beachfront cabins. “Our new waterpark at Shelly Beach has had a really positive impact, providing new experiences for visiting families, ” Kember said.

Gary Holland of Al Mare Beachfront Retreat reported an increase of 7% in visitation by Australian guests to the retreat at The Entrance, while Crowne Plaza Terrigal Pacific’s General Manager, Ryan South, said the hotel had seen an increase in the number of leisure travellers for the second consecutive year, with growth coming from the key Sydney markets.

“The $1B figure is a first for the Central Coast, and we’re delighted to have worked with our tourism industry to revive visitor growth for our beautiful region, ” he said.

Many Council assets listed for sale

Amped, Culture, Out & About