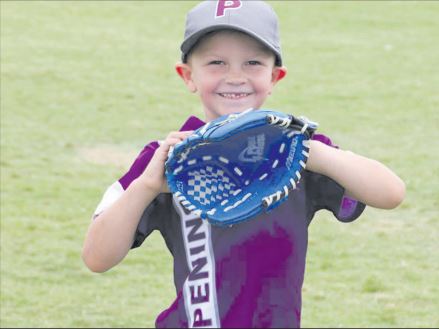 The Ducks recorded two draws, two losses and a win as the competition nears its halfway mark. Ducks president Ms Di Barrymore said the Teeballers kicked off the Ducks’ round six games with a 21-all draw with the Blue Thunder Whites.

This was followed by a 10 to 12 loss to the Mingara White in the Modball, but Ms Barrymore said the Modballers had more than impressed given their scarce numbers this round. “Our Modballers had a few players away this week but played some great softball. “A huge thankyou to our two Teeballers who stepped up to give our Modballers the numbers they needed to play.

“This was their first time with the Modballers and we’re very proud, ” Ms Barrymore said. In the Division 4, the Ducks Purple side lost to the Wolvettes and the Ducks White drew with Blue Thunder. “Purple had their chances but just couldn’t get over the line going down in a close 10 to 7 game.

“The Whites held Blue Thunder to a 7-all draw with only seven players. “The team played very well with two double plays the highlight of the game, ” Ms Barrymore said. The Division 3 scored the Ducks only win of the round when they beat the Ourimbah-Lisarow Wingers 26 points to 5.