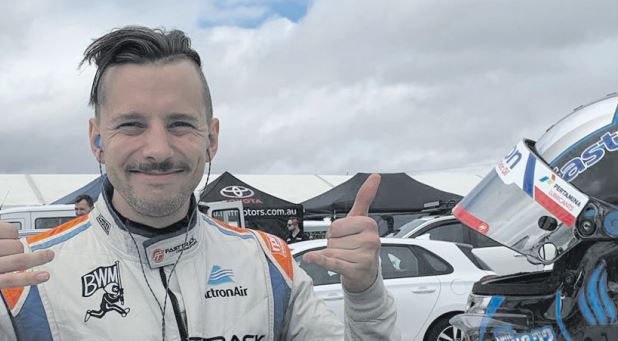 Springfield’s Toyota 86 racer, Luke King, was forced to abandon his campaign at the Sandown 500 after a fellow racer’s epic crash saw his final race of the event ruled a non-event following a red flag.

After blitzing the qualifier, King recorded two second place podium finishes in races one and two with race three proving to be the all important decider for King and the rest of the ladder leaders.

King was arguably the worst affected of the lot, after a great start in the race saw him take hold of a commanding lead when the race was called off.

Despite it all, King said he wouldn’t dwell on what could have been, and will instead be focusing his attention on the upcoming championship series in Newcastle. “My two second place finishes gave me some solid points to move up a spot on the ladder and that puts me in good stead for the Newcastle championship.

“Race 3 started well for us, taking the lead off the line, however, due to a huge accident involving a younger competitor in the series, the race was red flagged and called off, ” King said.

“I hope everyone involved is OK as that was arguably one of the worst accidents I’ve ever seen in the Toyota 86 series, ” King said.