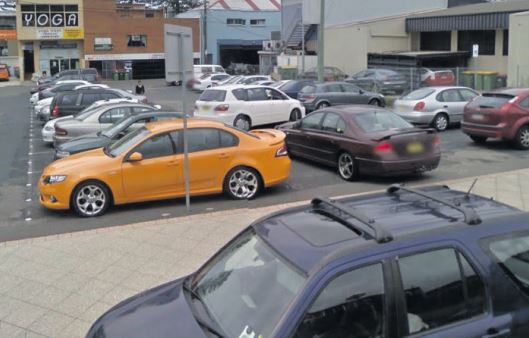 Unofficial parking in Church St, Terrigal, will cease when construction begins on a new development on the site

The loss of 33 car parking spaces in Church St, Terrigal, became inevitable when the former Gosford Council made the decision to sell the land to a private developer in 2015, Central Coast councillor, Chris Holstein, said this week.

Council’s recent decision to approve a $10.7M six-storey development on the site will see an end to the unofficial car park which has been operating at the site for four years.

“I wasn’t a councillor at the time the decision was made, but I remember lengthy conversations regarding parking at Terrigal in the years preceding it, ” Clr Holstein said. “Parking has always been contentious at Terrigal. ” The sale of the Church St site provoked a community outcry at the time, even though Council leased back the land so it could continue as a carpark for 12 months while work on enlarging Council’s Wilson Rd carpark proceeded.

Then Councillor Gabby Boles said at the time that she believed there was greater community benefit to be gained through the sale of the car park, despite objections received from residents.

A Central Coast Council spokesperson confirmed the approval of the development of two shops and 12 shop top housing units on the site at Council’s October 28 meeting. “The site is privately owned and is currently used as a public car park with the provision of this parking at the discretion of the current owner, ” the spokesperson said.

Residents in 29 suburbs urged to get tested