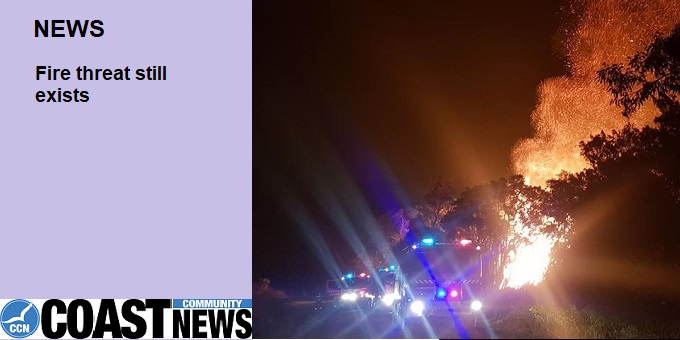 Property owners and residents on the Central Coast, particularly to the west of the region, should remain vigilant as firefighters continue to work on containing blazes in and close to the LGA, says the Rural Fire Service (RFS).

“There are a lot of fires to the west of us and even a few in the Central Coast LGA, ” Horwood said.

“Smaller fires such as the Rugby Track fire to the north of Mangrove Creek Dam and the Hallards Rd fire, which could impact the Mangrove Mountain, Yarramalong and Ourimbah valleys areas, are being controlled, but those winds could present a challenge on Saturday, November 30. ”

Horwood said the larger Gospers Mountain fire, which is 191,990ha in size, to the west of the Central Coast region, and the Three Mile fire, which covers 180ha in the Hawkesbury and Central Coast LGAs, were being controlled as we went to press.

“Time will tell how these fires progress, ” he said. “We would urge everyone to remain vigilant, monitor the RFS website and the Fires Near me app and take heed of conditions. “Be vigilant and keep your property prepared for any potential fire risk. ”