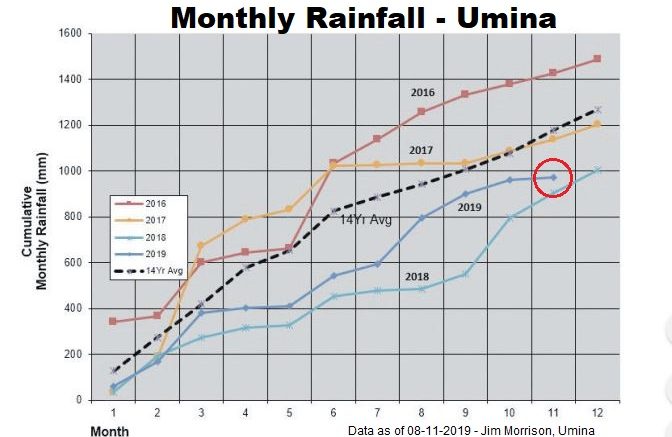 Those hoping that October turbulent weather would deliver some much needed heavy rain will be disappointed to learn the 10th month ended with over a fortnight of dry, sunny days, according to rainfall data compiled by Umina’s Mr Jim Morrison.

Those around for the freak storms of last October would remember almost 250mm of rain fell across the month, with hope for a similar deluge this year, but October became November with zero rainfall recorded after one heavy shower on the 11th that saw 34.5mms fall.

That made October’s monthly total rainfall for the year settle at 59.4mm, 10mm shy of its 70mm average. Those dry conditions have also bled into November with just one rainfall event recorded as of November 8, with 13.5mm falling on the 4th.

November’s monthly average rainfall is 100mm and so far, the 11th month is off to a poor start. As of the 8th, the Peninsula’s yearly total rainfall sits at 1006.5mm, meaning at least 282mm of rain are needed for the remainder of the year to ensure it meets its usual yearly average of 1289mm.

Surely Council can help with a few dollars