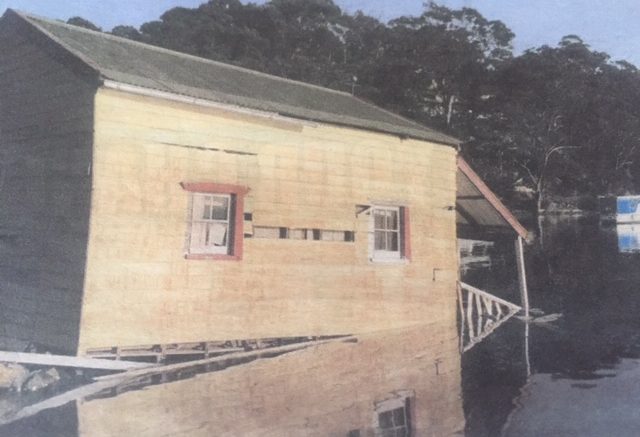 The Melita Boatshed at Horsefield Bay has been damaged by storms and is slated for demolition.

The caretaker of a historic boatshed at Horsefield Bay has gained the support of Bays Community Group in his efforts to save the building from demolition.

A demolition order has been issued by NSW Crown Lands following storm damage a year ago.

Department of Planning, Industry and Environment media manager Mr Scott Tucker said: “The boatshed has been held by the holder under a Crown licence since October 20, 1960.

“The licence conditions have not changed and have always stated that the boatshed should be removed at the end of its life. An insurance assessment obtained by the licence holder has found that the storm damage left the structure beyond repair and it needs to be demolished. It is also creating a safety hazard. Once cleaned up, the site will be restored to public space for the safe enjoyment of the community.” Mr Tucker said.

However, caretaker Mr Stan McDonald said “Melita Boatshed is a landmark and must be preserved. It has been an icon in the Brisbane Water area for a century and is an important part of the area’s history.” he said.

The Bays Community Group president Ms Cathy Gleeson agreed, saying the potential loss of the boatshed would be a crippling blow to the rich heritage of The Bays…

read the full story in the print edition of the Peninsula News, edition 483, page 1, out now.

Future ownership of over 1,400 parcels of Crown Land to be decided