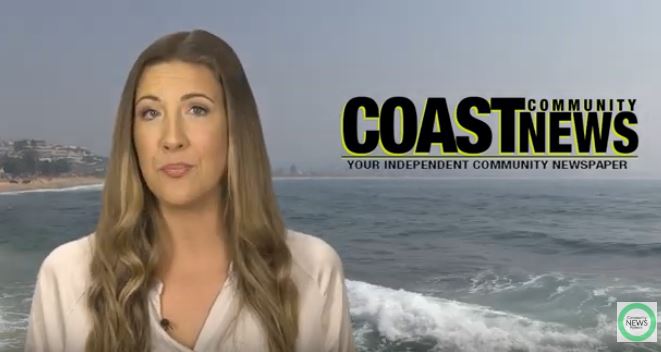 Central Coast Council has announced plans to redevelop Woy Woy Wharf.The $5.3 million redevelopment will include a floating pontoon, a covered gangway and passenger shelter and wheelchair access and lifting facilities.

Mayer Lisa Matthews said the new wharf would deliver far-reaching benefits for the Woy Woy community. She said the Council will receive $4 million from the State Government for the project.

The new wharf will have strong sustainability elements with solar lighting, decking made from recycled plastic and salt-water tolerant trees and landscaping.

Traffic on the M1 came to a standstill on Wednesday morning after a fiery crash along roadworks near Wyong. Police reported that just after 2am, a B-double truck ran into three stationary roadwork vehicles and caught fire.

Five men were taken to hospital, including the driver of the B-double who sustained a shoulder injury after allegedly being ejected from his vehicle. The crash forced the closure of the M1 for several hours and caused traffic to bank up for over 10 kilometres.

A report commissioned by the NSW Government has confirmed what locals have been saying for months, that human sewage regularly spills from stormwater drains onto Terrigal Beach.

The Microbial Source Tracking in NSW Coastal Habitats Report was prepared by the University of Technology in collaboration with the NSW Department of Planning and Central Coast Council. The report found that after rainfall, the presence of human faecal matter in the waters of Terrigal Beach increased to levels that pose a very high risk to human health. ”

It also found that, even in dry conditions, high levels of enterococci bacteria were found in stormwater drains discharging onto the beach. Terrigal MP Adam Crouch said the project will now move to Stage 2, in which it will identify and prioritise the most problematic water management systems for remediation.

Residents are alarmed over the potential contamination of the Coast’s water supply from water discharged from the mine which will be developed in the Jilliby, Little Jilliby and Wyong Rivers catchment area.

The protest comes on the eve of a new Central Coast Water Protection bill before the Upper House brought by the Greens’ Abigail Boyd, which seeks to replicate similar protections afforded to other populated areas such as the Illawarra and Hunter.

[Click here to go straight to the video story]

Former NSW Police Minister and Minister for the Central Coast, Michael Gallacher, is holding out for an apology from the State Government, after allegations of corruption which forced him out of Parliament in 2017 have been found to have been unwarranted.

17-year-old Ryan King has taken out the Australian Youth Super Heavy Weight Championship on the Gold Coast. The Terrigal teenager has shared his inspiring story, after a serious motorcycle crash changed his life.

The Avoca Sharks’ Women’s 14s have finished their season on a high with a win in Football NSW’s Champion of Champions tournament.

The Sharks qualified for the tournament off the back of their phenomenal season in which they lost just one game. They won their Central Coast division title with a 3-nil win over Woongarrah in their grand final, and that sealed their entry into the Champion of Champions tournament, which started in September and wrapped up on October 20.

65,000 People Attend This Year’s Chromefest It promises to be a big weekend, beginning with the launch of Chromefest in The Entrance today. The Central Coast Council’s annual ChromeFest event is expected to attract more than 50,000 locals and visitors for a three-day tribute to hot-rods and everything 1950s and 60s with a host of displays, classic car displays, car cruises, retro stalls, fashion, music and dancing.