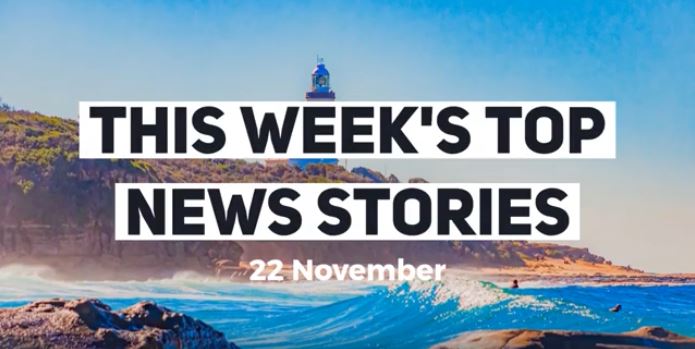 Central Coast residents are in disbelief after State Parliament’s Upper House yesterday voted down a bill to protect drinking water on the Central Coast The bill aimed to replicate similar protections to water catchments in the unter and Illawarra regions. It was brought to the House by the Green’s Abigail Boyd in response to the threat to resident’s drinking water from contamination by the proposed Wallarah 2 coal mine. Many locals made the trip down to Macquarie St to rally outside Parliament House and plead with politicians to support the bill. By mid-day, their hopes had been dashed and emotions escalated.

Fire on doorstep of wildlife park

The Central Coast has spent another week under a blanket of thick smoke from fires still burning in Gosper’s Mountain west of Somersby and to the north in Taree. Central Coast Local District Health warned locals of smoke-related health risks after the smoke haze over Brisbane Waters worsened on Thursday. We spoke earlier today with Director of Public Health here on the coast, Dr Peter Lewis Meanwhile, the Gosper’s Mountain fire continues to burn and has grown to over 170,000 hectares. The fire has already led to the evacuation of animals from the Australian Walkabout Park and staff at the Australian Reptile Park have also initiated plans to evacuate animals if conditions deteriorate further.

Court proceeding for a case brought by the Central Coast Council against Terra Verda and the Environmental Protection Authority over the Mangrove Mountain Waste Tip commenced in Sydney’s Land Environment Court this week. Both parties agreed the three and half weeks set aside for the hearing was not sufficient and agreed to continue the hearing into 2020 with a judgement expected to be handed down around the middle of next year.

The Wyong Hospital Branch of the NSW Nurses and Midwives Association are calling for three extra nurses to be rostered on day shifts and in the emergency department. The Nurses rallied at the hospital this week to air their concerns over staff shortages. The Association’s General Secretary, Brett Holmes, said the impacts were being felt most in the emergency department.

In sport, Umina PCYC boxer, Sam Goodman, has retained his unbeaten record after he toppled Indonesia’s Sunardi Gamboa in the Tasman Fighters National Boxing Series. The win sees Goodman make it six from six since making his pro debut The 21-year-old hopes to keep up the good form as he works towards an Australian title fight in the Super Bantamweight next year.

In cricket, Lisarow-Ourimbah remain undefeated in Central Coast Cricket Association’s First Grade Competition following their latest win over Kincumber-Avoca. In the Women’s T20 Competition Northern Power Orange sit alone atop the ladder as the only undefeated side still in contention after their clash with Southern Spirit last weekend.

In football, the Central Coast Mariners are hoping to bounce back in their clash with new club Western United at Central Coast Stadium on Sunday. The Mariners suffered their second 3-1 loss in two weeks against Adelaide United last Saturday and so Sunday’s game is now a must-win game for the Mariners if they are to stay in touch with the leaders. That game kicks off at 6pm on Sunday. And the team will be buoyed by the signing of experienced Brazilian forward, Jair Eduardo Britto da Silva.

The 2019 Archibald Prize Gallery Tour has landed in Gosford. The exhibition is being housed at Gosford Regional Gallery and will remain there until mid January. This is just the third time in the illustrious portrait competition’s history that the tour has come to the Central Coast and art lovers are encouraged to take advantage of this rare opportunity.

The winning portrait by Tony Costa is of Australian artist and Zen Buddhist, Lindy Lee. Costa said in his portrait of Lindy sought to capture her focus by keeping the colour minimal to avoid any visual noise. Central Coast artist Jordan Ricardson was also a finalist with his portrait of political journalist Annabel Crabb. Richardson said he wanted to strip her of her iconic artefacts like her glasses and rings, and just show her powerful gaze. He sought to show Annabel as a living example of how femininity and strength are not mutually exclusive.

Full archive of video news and interviews at our video archive here.