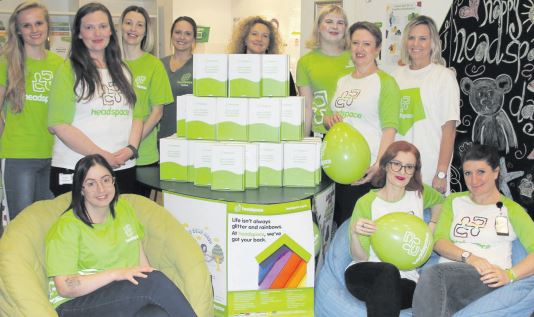 “The digital and physical kits have been developed with input from young people to bring to life seven tips for a healthy headspace, ” McBride said. The tips include advice on a number of topics ranging from cutting back on risky behaviours to how to create lasting connections.

“Nationally, Headspace has assisted 520,000 young people since it was established in 2006, but we know that close to a million Australians aged 12 to 25 will face a mental health challenge each year.

“The majority of young people with mental health difficulties do not access services. “We know that the waiting time to access headspace when a young person is in crisis, is too long. “This government must also move ahead on delivering the new headspace centres it promised during the election campaign.

“Labor looks forward to working with the government to invest in early intervention and prevention and to address waiting times and unmet demand for services, ” McBride said. Both headspace Gosford and Lake Haven took part in headspace day.