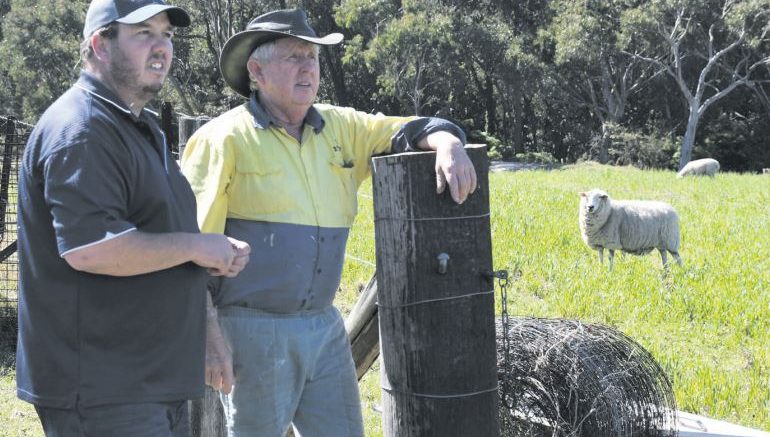 A wild dog and fox control bait laying program is set to run until October 31 in the Dooralong, Mangrove Mountain, Ravensdale and Somersby areas and will see coverage of around 30,000HA.

“It’s important we don’t take our foot off the pedal, we have to keep it going in order to keep these invasive pests at bay, ” he said.

One of the landholders actively involved in the program is Somersby sheep farmer, Ron Ward, who has lost about 30 “good breeding” sheep to wild dog and fox attacks over the years.

At one stage he was forced to lock his stock up every night. “I had to do it because you just couldn’t take the chance, ” he said. “I’d come out in the morning and the fence would be bent in and there would be dead sheep in the yard. “I’ve even had them killed in the front paddock which is right near the house. ” Ward signed up for the Central Coast wild dog and fox control campaign.

He said the support of Greater Sydney Local Land Services meant his sheep were now back in the paddocks overnight and urged other landholders to follow his lead in signing up for the campaign. “At some point you’ve got to help yourself too, ” he said. “Too many people wait for someone else to fix things and look to the authorities, but we have a responsibility to protect our land, our animals and our community. ”

Domestic pet owners are reminded to ensure all animals are restrained during the current campaign.

A Central Coast Council spokesperson said the council was working closely with Local Land Services as a participant in the Central Coast wild dog and fox control program.