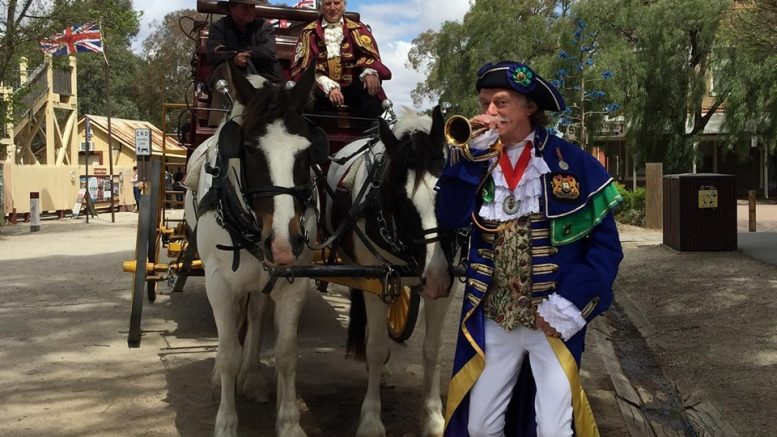 Central Coast Town Crier, Stephen Clarke, has been named Australia’s top Town Crier for the fifth time, after he took out the 2019 National Town Crier Championships.

Clarke was officially named the Champion of Champions by the Guild of Australian Town Criers upon the conclusion of this year’s nationals at Echuca Moama on the Murray River on October 13.

It’s a momentous win for Clarke, making him one of the countries most decorated Town Criers having taken back to back titles after winning last year’s title as well. The win has also assured his qualification for the World Invitational Town Crier Tournament Championships which are also being hosted by the Guild of Australian Town Criers at Echuca Moama and are scheduled to run from October 15 to 20.

Clarke will be up against some of the best Town Criers from across the globe but said the win at nationals was definitely a confidence booster. “To have achieved my fifth Champion of Champions title is a real honour. “I’m thrilled to be representing the Central Coast and am excited to compete on the world stage, ” Clarke said.

During the world championships, Clarke will need to perform four different cries and will face stiff competition from the British and Canadian Town Criers, who Clarke said were always exceptional and the ones to beat.

Following on from his success at nationals and on the cusp of his world’s campaign, Clarke also revealed he’d achieved another milestone, having been successful in his bid to bring the 2020 National Town Crier Championships to the Coast.

“It is such a privilege to be able to bring nationals to the Coast. “The Guild was very receptive of the proposal and I’m sure this will be a momentous event come September next year, ” Clarke said.