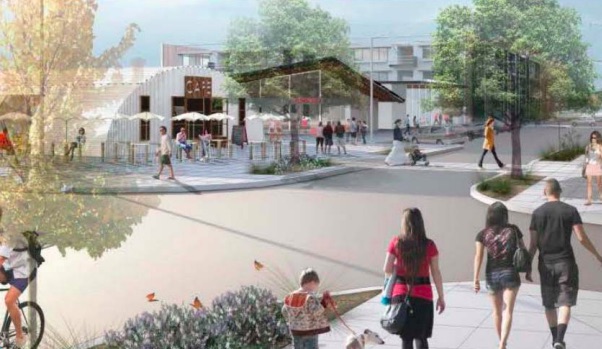 Ourimbah residents are shocked that their suburb has been earmarked for development as a potential town centre and their village atmosphere will be ruined if a Central Coast Council plan goes ahead.

The Ourimbah Regional Residents Association (ORRA) has been fighting unnecessary over-development for six years and they say it is obvious council has big development plans for Ourimbah.

They fear a draft masterplan, and now the draft urban spatial plan, will compromise the character and heritage values of Ourimbah village. In the recently released Draft Urban Spatial Plan (DUSP), Ourimbah has been designated as a Potential Town Centre.

“Ourimbah Regional Residents Association (ORRA) recognises the importance of the DUSP for planning for population growth on the Central Coast to 2036 but we totally disagree that Ourimbah should be designated a potential town centre, ” ORRA president, Di Willard, said.

“Ourimbah is the classic village with basic services in a strip shopping centre.

“The DUSP classifies Lisarow (5,136), Wyoming (10,134) and Long Jetty (6,390) as villages, yet Lisarow and Wyoming have significant shopping centres. “There doesn’t appear to be any rhyme or reason to this, ” Willard said.

She said it was obvious Central Coast Council had earmarked Ourimbah for future development with the release of both the DUSP and the Ourimbah Masterplan.

“We believe the final draft masterplan concept of creating Jacques St as the new main street, will only create uncoordinated development of multi-storey apartments on the small footprint available in Ourimbah, that is not subject to the steep slopes, bush fire risk and potential flooding.

“This will totally compromise the character and heritage values of Ourimbah village. “Projected population growth can easily be accommodated within the existing Local Environmental Plan (LEP) guidelines. “Ourimbah residents have been fighting unnecessary over-development for six years and will stand firm again. ”

Council describes its draft Urban Spatial Plan as “a 20-year vision for growth on the Central Coast in a manner that enhances its character, preserves its natural attributes and improves quality of life and is the first stage in developing the Local Strategic Planning Statement”.