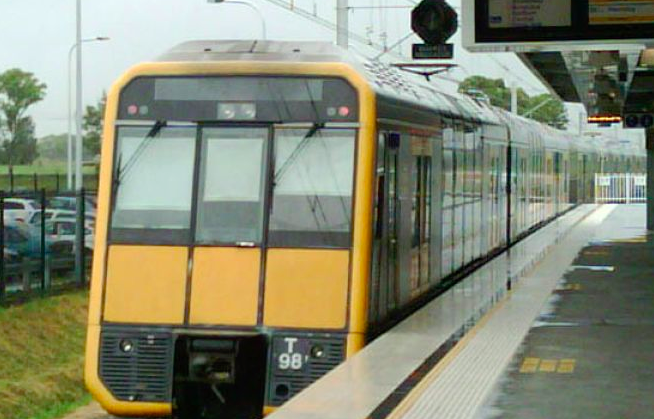 Thousands of NSW Central Coast train commuters will start to experience the benefit of greater connectivity along the rail corridor between Hornsby and Wyong, with the first stage of upgrades to mobile coverage and free Wi-Fi at stations now delivered as part of a $29 million investment by the Commonwealth Government, NSW Government and Telstra.

The first stage of upgrades has delivered a new mobile base station at Narara and free Wi-Fi at Lisarow, Mount Colah and Tuggerah train stations. Work is continuing along the rail corridor to progress the next stages of this important project.

Federal Minister for Communications, Cyber Safety and the Arts, the Hon Paul Fletcher, joined the Federal Member for Robertson, Lucy Wicks MP, and Sydney Trains Chief Executive, Howard Collins OBE, to mark the completion of the first stage of the project at Narara Station.

“This important project will deliver greater connectivity and productivity benefits for commuters along the 68-kilometre Central Coast rail corridor. The first of 22 planned mobile base stations is now online with free Wi-Fi being rolled out at 19 train stations between Hornsby and Wyong,” Minister Fletcher said.

“Building new mobile infrastructure reduces mobile black spots along this busy rail corridor and allows passengers to catch up on work or the news, and stay in touch with friends and family, while in transit.”

NSW Minister for Regional Transport and Roads, the Hon Paul Toole MP said the switch on was an important example of cooperation between the Federal and NSW governments.

“We are pleased to see that work along the rail corridor is underway and services are starting to be delivered. We know how many commuters rely on their travel time on the train to work remotely, so this will certainly be a big win for them,” Mr Toole said.

Ms Wicks said around one in four people living on the Central Coast commute to Sydney by train every weekday, a journey that can take more than two hours each way.

“Sitting idle on a train is just not productive for commuters who need to stay connected to work and family,” Ms Wicks said.

“I have heard from hundreds of commuters about how continuous mobile coverage will improve their daily lives and it’s good to be here to help launch the first stage of services.”

The Federal Government is investing $12 million on the Central Coast Mobile Coverage and Wi-Fi Project with an additional $4 million contribution from the NSW Government and $13 million from Telstra.

“Telstra is excited to be working with the NSW and Federal Governments on this project. Our investment in this initiative will see us delivering connectivity along this section of the Central Coast rail corridor so Telstra customers can make the most of their commute,” Mr Amirthalingam said.

Other mobile carriers may seek to co-locate equipment for their services on the new mobile base stations.