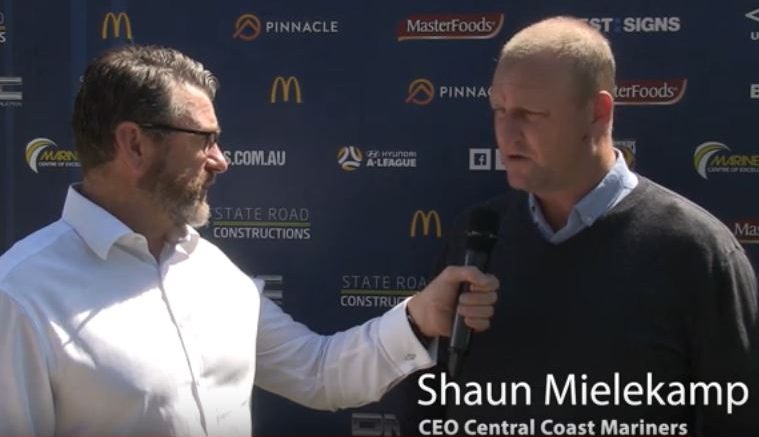 Shaun Mielekamp talks to Coast Community News about the upcoming season and the opening F3 derby.

The Coast is eagerly awaiting another F3 derby clash with the Newcastle Jets this Saturday at Central Coast Stadium.

This the first home game of the 2019/20 A-league season is full of hope for the Central Coast Mariners, now being lead by ex- Matilda’s coach Alen Stajcic.

The Mariners have shown some impressive performances in the last few weeks with VAR decisions going against them. So the team is fired up to play for the badge this weekend and take a first home victory against long time rivals Newcastle Jets.

The game kicks off at 7.30pm at Central Coast Stadium, Gosford. Fans that don’t have tickets are advised to buy online or line up early for casual tickets.