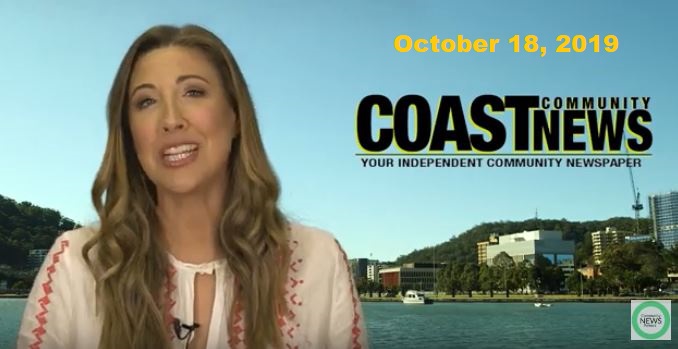 Residents were startled at around 10pm on Sunday by a loud explosion coming from the vicinity of Adcock Park in Gosford, with reports of homes being shaken in Wyong in a separate blast. In a short statement, police confirmed that specialist officers from the Rescue and Bomb Disposal Unit conducted a controlled detonation of a substance as part of a police operation in West Gosford. No further details have been released at this time. [Click to go to story directly]

MP for Terrigal Adam Crouch has announced a review into the regulation of Warnervale Airport to provide greater certainty to airport users. The Central Coast Aero Club was advised by the Council in July that aircraft movements at Warnervale may be restricted due to a triggering the so-called WAR Act. The Council has since refused to renegotiate the Aero Club’s current lease and attempted to revegetate areas in the vicinity of the runway. The review will look into the impact of the WAR Act and assess how the airport should be regulated. Mr Crouch said the needs of the Aero Club would be considered at the highest levels within the NSW government and that it will not take any compliance action while the review is underway. [Click to go directly to the story]

Local Councillors from all over NSW converged on Warwick Farm this week for the NSW Local Governments Annual Conference. The aim of the Conference is for Councillors to share ideas, meet with State Politicians and, potentially, agree on new policies. The Central Coast was well represented at this year’s conference with Deputy Mayor Jane Smith successfully moving two motions – one to call on the Federal Government o consult over the rollout of 5G infrastructure and the other to improve the integrity in consultant reports in DA processes. We spoke with Councillor Jeff Sundstrom yesterday. [Click here]

Central Coast Commuters may soon enjoy greater connectivity on the train trip to Sydney with the completion of the first of 22 new mobile base stations at Narara Station. The tower is the first stage of upgrades to mobile coverage that aims to eliminate black spots along the 68-kilometre rail corridor between Wyong and Hornsby It is part of a 29M dollar investment by the Federal Government, State Government and Telstra. Robertson MP Lucy Wicks said around 1 in 4 people living on the Coast commutes to Sydney by train every weekday and that sitting idly on a train was not productive for commuters who need to stay connected to work and family.[click here]

The old Kibbleplex building in the heart of Gosford will be transformed into a $345 million residential and retail complex within 10 years if the Lederer Group is successful with its latest Development Application lodged with the State Planning Department The masterplan, which includes five 20-30 storey residential towers with more than 700 apartments and over 1000 parking spaces is on exhibition until November 7. The plan is a slimmer version of Lederer’s earlier DA, which was withdrawn in March 2018. According to the proponents, great care has been taken with the design to prevent overshadowing of Kibble Park, with at least 60% of the park to receive four hours of direct sunlight between 9am and 3pm on the winter solstice.[Click here]

The coast is eagerly awaiting another F3(M1) derby clash with the Newcastle Jets this Saturday at Central Coast Stadium. The Mariners have shown some impressive performances in the last few weeks with VAR decisions going against them. So the team is fired up to play for the badge this weekend and take a first home victory. [Click here]

We spoke to local artist and author Nina Angelo who launched her book ‘Don’t cry, Dance’ to a packed crowd at Kincumber library. An incredible story of evil , war , love and forgiveness We caught up with Nina for a quick chat.[click here]

See all of our past Video News Stories here