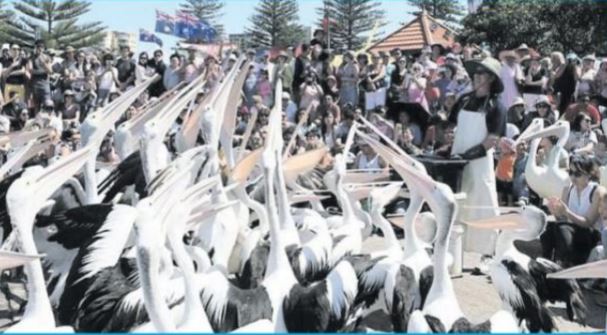 A huge crowd at the Pelican Feed at The Entrance.

Australia’s list of ‘Big Things’ could soon have a new addition after Central Coast Council voted in support of Councillor Bruce McLachlan’s motion for a giant pelican for The Entrance, during the ordinary meeting on September 9.

The motion was the final one to be aired after a marathon five-and-a-half hour meeting and attracted snickers and the like from the public gallery and some Councillors.

Cr McLachlan introduced the motion which would see some iteration of a giant pelican erected at The Entrance to replace the existing Percy the Pelican statue which has aged poorly and is virtually unrecognisable, with Cr McLachlan describing it as a “sandstone blob”.