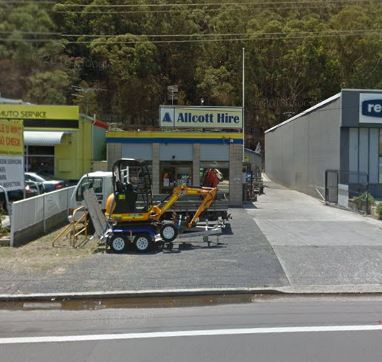 A development application to build a new warehouse at 58 Memorial Ave, Blackwall, has been approved by Central Coast Council under delegation.

The proposal from applicant KM Design Partners of Umina Beach for owner PL Hicken Pty Ltd would see a new building with an eastwest orientation, with its northern and southern walls to be shared with future adjacent developments.

Allotments to the north and south have existing industrial developments. The old warehouse will be demolished and the new one is expected to cost $287,000. The application will have no setback to the south which is similar to adjacent developments.

The current buildings on the site, which was used as an equipment hire warehouse, was set back 10 metres from the front property boundary and the proposed building will increase this setback to 12.7 metres and will be consistent with the prevailing pattern of setbacks along this section of Memorial Ave which range from five to 12 metres.

About 85 per cent of the site is flat with the remainder rising sharply to the eastern boundary which adjoins Blackwall Mountain Reserve.

A geotechnical investigation of the site was made and consulting engineers Forum held discussions with the NSW Environment Protection Authority. The Forum report said the nearby Caltex Service Station had entered into a voluntary management proposal with the authority in September 2015, relating to hydrocarbon contamination of groundwater.

Forum did not consider the groundwater on the proposed warehouse site posed a risk to users but recommended that groundwater not be used at the site for any purpose. It also said that potential contamination from existing fill material on the site was limited. A geotechnical report formed part of the consent. The application was on public exhibition in June and did not attract any submissions. It was approved on September 9.

This article appeared in the Peninsula News print edition. Out now.