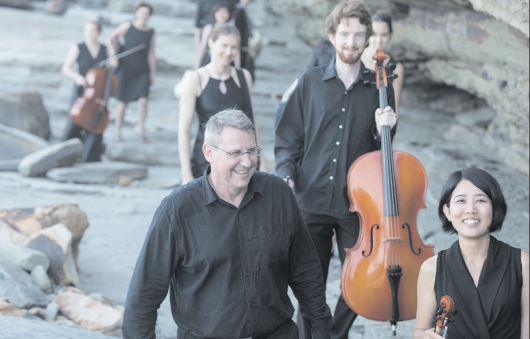 Symphony Central Coast will pay homage to the German masters when they perform their latest production, German Masters of Fate, at Central Coast Grammar Schools Performing Arts Centre, from 2:30pm on [Sunday] September 22.

A celebration of some of the fathers of symphonic music, German Masters of Fate will see Schumann’s Julius Caesar Overture and Beethovens Symphony no. 5 performed by the Symphony Central Coast Orchestra, with Karina Moss-Hollands (violin) and Caroline Otto (Cello) taking on Brahms Double Concerto as soloists.

Formed in 1999 with support from the Central Coast Conservatorium of Music, Symphony Central Coast is now one of the largest regional community orchestras in NSW and continuously presents outstanding musical masterpieces to the broader community.

Since then, Dr Stanke has trained and played across the world, including in the Bands of Her Majestys Royal Marines across the UK, has rubbed shoulders with royalty as a conductor at the Invictus Games opening and closing ceremonies in 2018, as well as becoming Director of Music for the Royal Australian Navy in 2015.

“The power of music is one that captures hearts and minds.

“Classical music, in particular, has the ability to move us, spark creativity and even help us harness the power of productivity. For many, enjoying classical music performed by an orchestra is a rare delight.

“That’s why Symphony Central Coast is dedicated to bringing this magnificent musical experience to the Central Coast time and time again, and German Masters of Fate will be no exception”, Dr Stanke said.