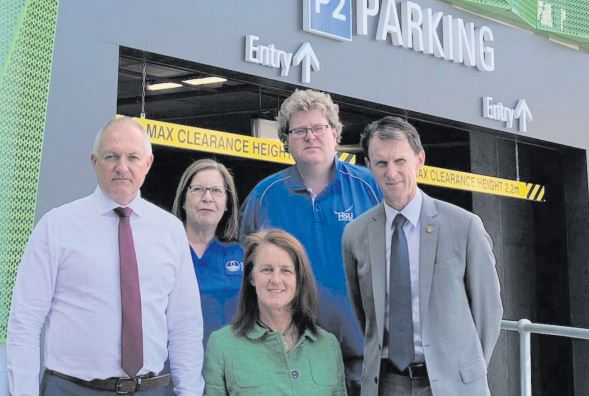 The Central Coasts Labor MPs have slammed the State Government and Health Minister, Brad Hazzard, for inaction on sky rocketing parking costs at Gosford and Wyong Hospitals, which they say are an attempt to make a quick buck off the back of the most vulnerable in our community.

The government has no plans to reduce hospital parking costs for staff, patients or visitors, despite a still growing 10,000 signature petition from Coast residents.

A community led campaign has been demanding the government cap staff fees at $13.92 per week, introduce first 3 hours free parking, have a maximum cost of $12 at Gosford, and provide free parking at Wyong due to the serious lack of public transport.

The MPs say people visiting patients seven days a week for more than five hours each day will be expected to pay $139 to park unless they are deemed eligible to access parking concessions.

The Minister received those petitions and responded advising that not only will there be no change but fees will increase to cover the costs of maintenance, he said. It demonstrates this Governments lack of humanity and complete disregard of the Central Coast Community.

We will not stop until the people of the Central Coast receive their fair share. Member for Gosford, Liesl Tesch, said locals shouldn’t be slogged unfair rates while trying to visit friends and relatives in hospital. It speaks volumes of the Government that they are trying to squeeze every last dollar out of people in vulnerable situations just to make a buck, she said.