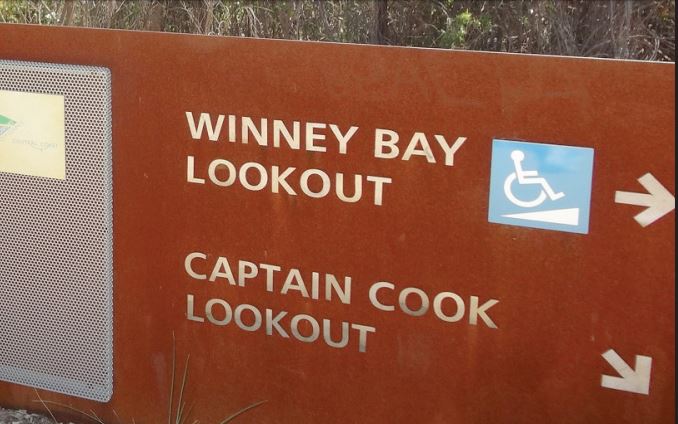 Despite several concessions granted by Infrastructure NSW in refining the original plan for the Winney Bay Cliff Top Walk, Central Coast Council has refused to bow to the State Governments September 18 deadline and will plough on with further planning and design work, forfeiting a $4.6M government grant.

Council officers recommended accepting the concessions, which included reducing the width of the pathway, changing the materials to be used, removing the access road and market stalls and rehabilitating vegetation, and proceeding with the original plan. But following protracted debate and several addresses from the public sector, councillors voted on September 9 to support Councillor Jeff Sundstroms motion to await alternate plans and costings, which will not come in until after the September 18 deadline.

Cr Sundstrom said plans for a cliff top walk at Winney Bay had grown like topsy from what they were originally. Without the community pushing this Council to get these plans out on exhibition, we wouldnt have had the consultation we’ve had so far, and that’s where we heard the community’s voice, he said.

We were given a deadline by the State Government (with) two items rejected by large numbers of the community put back in. Councillors Rebecca Gale Collins, Greg Best, Troy Marquart, Chris Burke, Kyle McLachlan and Jilly Pilon voted against the motion, with Liberal councillors Pilon, Marquart, Burke and Collins saying after the meeting that they were frustrated and disappointed by the decision.

They said Labor-and Independent councillors had dragged this Council into chaos. The Labor-Independent Alliance of Councillors is responsible for returning $4.615M to the Government, the largest grant of its kind for the Central Coast Region, they said, in a joint media release. Infrastructure NSW had allowed for sensible changes to the surface of the track, a reduction in the width of the track and removal of the market stalls.

It was identified that there was majority support for the bridge spanning the chasm and the north-facing lookout, so Council would need to include these two elements within the scope of the Winney Bay Cliff Top Walk project in order the keep the grant funding. These uniquely designed pieces of infrastructure would make Winney Bay a respectful, Australian iconic attraction, embracing our Aboriginal heritage and culture whilst also providing disability access.

The current unsightly area consisting of lantana and bitou bush would be rejuvenated with native bushland vegetation upon completion, whilst the issue of safety along the dirt tracks leading to dangerous cliff faces would also be reduced.

The four said that community consultation had shown that the majority was in favour of the original project, which would attract more than 36,000 people each year, and was supported by the 5 Lands Walk Committee, the Darkinjung Local Aboriginal Land Council and Regional Development Australia, Central Coast.

The issue has divided the community for the past year, with concerns raised over the original plan including geo-technical and Indigenous cultural issues.

Tracey Howie, representing the Wannangini (also known as Awabakal and Guringai) people, pleaded with councillors in the public forum before the meeting to not allow this eye sore and irreversible construction of destruction to go ahead.

“I fail to see how a metal structure of any shape, for any reason, can even be considered in such a beautiful and sensitive area” she said.

“In my opinion the structure is hideous and outright disrespectful to us. The Darkinjung Local Aboriginal Land Council has no authority to speak on our behalf.”

Howie told councillors her ancestors had not contemplated such destruction of their sacred country, such disrespect to the spirits of this land and such idiotic decisions.