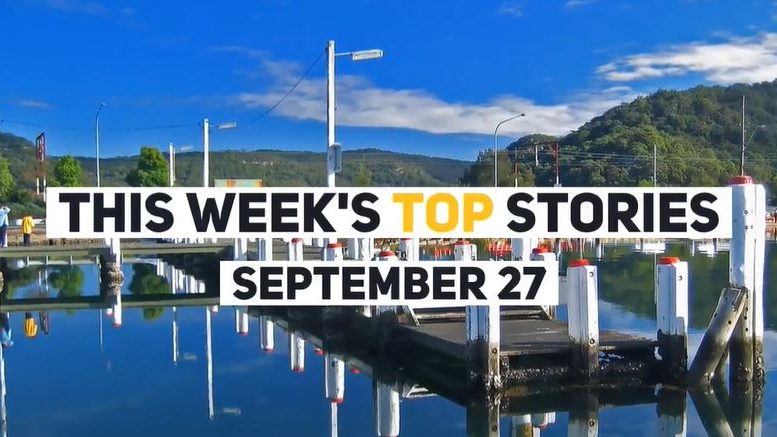 The Central Coast has a new mayor this week.
In what appeared to be a predetermined outcome, Labor’s Lisa Matthews won the mid-term ballot 8 votes to 6 over LNP Councillor Chris Burke.
In a surprise to many, the incumbent Mayor, Jane Smith, did not seek re-election and voted in favour of Matthews.
Smith was then elected as Deputy Mayor, securing the votes of all ALP-backed Councillors to win 8 votes to 5 over Chris Burke and 2 for incumbent Deputy Mayor Chris Holstein.

NSW Premier Gladys Berejiklian will hold a Community Cabinet meeting on the Central Coast on Monday.
The meeting at Mingara comes at a time of increased tension between the State and the Central Coast Council.
State Parliament has had its own fractious moments in recent weeks with claims of corruption and the passage yesterday of the controversial bill to decriminalise abortion.
Against this backdrop, Terrigal MP Adam Crouch, declared during Parliament that the Central Coast Council was in a “state of chaos”.

In its regular meeting on Wednesday, the Council rejected a motion by Councillor Greg Best to meet with the Member for Terrigal specifically to discuss his concerns.
In speaking to the motion, Councillor Best said the Council needed to acknowledge that a large part of its funding came from the State Government and that the Council needed to maintain a strong working relationship with sitting members.

Data shows that staffing at Wyong Hospital has not kept up with the rapid rise in the number of patients presenting to its emergency department.
The hospital is among the worst five in NSW for wait times and about 30 percent of patients are made to wait in Emergency more than four hours.
The NSW Nurses and Midwives Association this week held a rally at the hospital to launch a campaign to the State Government to deliver on its election promise of 5,000 more nurses across NSW.

Plans for a new primary school at Warnervale are now on public exhibition.
The new school at 75 Warnervale Road will initially allow for another 460 students and then increase in stages to eventually accommodate 1,000 students. All existing structures on the 4.6 hectare site will be demolished to make way for 20 classrooms, two special education units, a school hall, library, administration building and playground and game courts.
The project is estimated to cost $32 million.
Construction to commence in 2020 and is expected to be completed in time for the commencement of Term 1, 2022.

The Wyong Roos have taken out the 2019 Central Coast Baseball Association First Grade premiership after an exciting 5 points to 3 win over long-time rivals, the Woy Woy Wolves. The win saw the Roos deny the Wolves their fourth straight premiership. The Roos’ Pat Maat was named the Association’s First Grade Player of the Year. One Roo’s supporter caught the final moment of glory on video.

Local AFL fans gearing up for the 2019 Grand Final this Saturday may recognise a familiar face taking to the field.
Giants player, Daniel Lloyd received his callup to the GWS Giants from the Killarney Vale Bombers during the club’s 2016 Rookie Draft and has since quietly cemented his place in the Giant’s team. If the Giants can topple to hotly favoured Richmond Tigers, they will be the first club to win the premiership in their maiden grand final.

CC Mariners fans on the Coast are keenly awaiting Wednesday night’s semi-final of the FFA Cup, which kicks off at 7:30 at Central Coast Stadium. The Mariners will be close to full strength for the clash against Adelaide United with the return of Michael McGlinchy.

Cute little devils. We close this week with news that the Australian Reptile Park has launched its own special ‘Daycare’ centre, hosting a group of newborn Tasmanian Devil joeys. The iconic marsupial is under threat from Devil Facial Tumour Disease which has wiped out 95 per cent of the devil population since 1996.
With no cure in sight, conservationists are hoping wildlife sanctuary programs like Devil Daycare can help breed a generation of devils free from the disease. CCN’s Lucy Eljuga ventured up to the Park to see how those little devils were behaving.