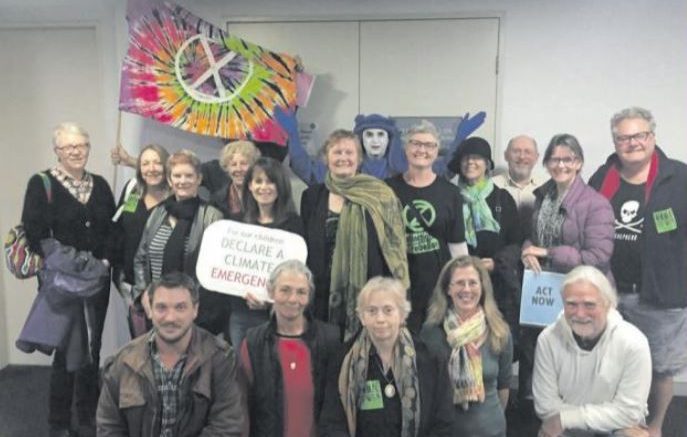 Supports of the Climate Emergency declaration pose for the camera at the council meeting.

Central Coast Council has declared a climate emergency after a motion was put forward by ALP Councillor, Kyle MacGregor, making it the 31st Australian government to do so.

Three councillors left the room before the debate, declaring pecuniary interest conflicts did not allow them to stay.

They were Greg Best, Chris Burke and Troy Marquart.

The declaration directs the CEO to prepare a report on costs to implement a series of measures including immediately implementing council’s climate change policy and setting council’s emissions reductions target below 2017/18 levels.

Full story in the Wyong Chronicle print edition, out now.