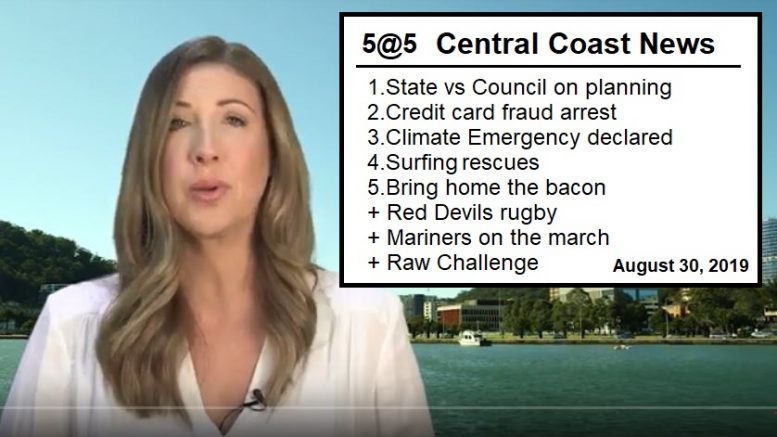 This week’s top news stories on the Central Coast.

Plus Education:  Last week, there was overwhelming interest in our story on the success of Blue Haven School being named Australian Primary School of the year as well as its Principal Paul MacDermott being named Australia’s Principal of the year. If you’d like to see the full video news story, this is now loaded on the Coast Community News website.

Plus Sport: The Central Coast Mariners have progressed through to the last eight of the FFA Cup with a victory over Brisbane Roar on Wednesday night. Goals by Matt Simon and Sam Silvera were not enough to separate the sides after 120 minutes of football, but the Mariners prevailed 4 to 2 in a penalty shootout. The Mariners were missing three of its regular centre-back Galifuko, Tonic and Kirol but they did play new 20-year-old signing – midfielder Gianni Stensness. Stessness put pen-to-paper this week on a one-year-deal with the Mariners and if his recent form in the U20s World Cup is anything to go by, we have a lot to look forward to.

Plus Sport: In rugby this week, the Gosford Red Devils took on The Lakes in the elimination semi-final at Woy
Woy Oval. But the Lakes hit back just before half time with this try in the 36 th minute. The Lakes then missed this opportunity early in the second half. The full-time score was Gosford 29, The Lakes 14. Gosford will now play the winner of this week’s major semi-final between Terrigal Trojans and Ourimbah.

Plus Challenge: Finally, Ninja Warrior style obstacle course racing will hit the coast next month with the annual Raw
Challenge 12 hour Enduro. The event, which will be held in Doyalson on the 21 st of September, is one of Australia’s biggest obstacle course events of the year and will attract a big field of athletes and beginners alike. The course features over 55 obstacles laid out over an 8 kilometre circuit. Ross Barry took a crew out to the course for a training run this week and, somehow, seemed to be the only person to keep dry.