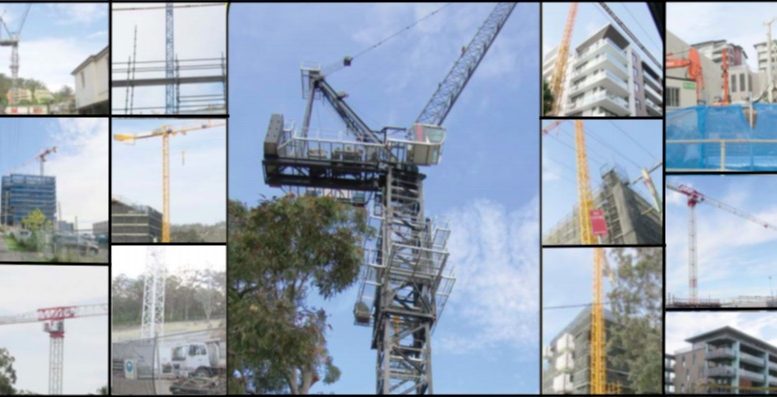 Mayor Jane Smith says the proliferation of cranes in the skies of Gosford are due to the existing planning controls, and not the new SEPP and DCP

Documents proactively released by Central Coast Council appear to make a mockery of the NSW Government’s new, recently gazetted, planning controls to deliver the revitalisation of the Gosford CBD.

The documents reveal that, in February, Councillors were briefed on pre-existing high level analysis about the development feasibility for Gosford CBD. The briefing told Councillors that four internal working documents had been made available on their “hub”, but were not for external or further circulation, and had been watermarked ‘confidential’. The Councillor briefing paper, although partly redacted, offered a summary of those documents, and indicated that future development of Gosford CBD to the scale that has been put in place by NSW Planning, is mostly economically unviable.

A Gosford City Centre Statement of Strategic Intent 2014, considered findings of an Urban Feasibility Model (UFM) developed by the Department of Planning as part of their report, recommending the former Gosford Council adopt a new approach to planning in the CBD. According to that UFM, Gosford Local Environmental Plan 2014 (GLEP 2014) provided the potential for 16,474 additional dwellings in the city centre, but only 19 per cent of those, 3073, were feasible to develop. Less than one per cent of the development zoned B3 and B4 was considered feasible. Another scenario within the UFM provided potential for over 20,000 additional dwellings, but only 23 per cent, 4684, were economically feasible to develop. It found that the “largest increase in dwelling potential” was in four-storey, or greater, residential flat buildings.

The second document referred to in the Councillor briefing paper was the Gosford Regional Economic Corridor Master Plan 2015, which tested a number of commercial development scenarios using existing controls. “All development scenarios were unfeasible”. The third document was the Gosford City Centre Floor Space Incentive Contribution Rate Study 2016, which described development markets in Gosford as “fragile” and recommended that any floor space bonuses should not “undermine development activity or thwart business investment in the area”.

It said there was no demand for space in the CBD from “large or institutional occupiers” which would give lenders a reason to precommit finance to developers. “Commercial development is likely to occur on a small-scale and in an incremental rate,” the document said. “At present multi-unit residential living in the CBD is not as yet established, with limited, albeit growing, depth.

“At present price levels, large-scale tower development is unlikely to eventuate,” it said. “Gosford does not as yet benefit from a volume of residential demand able to justify a large number of towers.” It was important for Council to continue to encourage residential development and to also consider a program of public domain works.

The final document, the ‘Central Coast Subregional Summary Report – Dwelling Potential and Feasibility’, prepared by NSW Planning, was not summarised in the Councillors’ briefing. Mayor Jane Smith said she could not comment on why the documents were not made available previously.

“The current Council is trying to be more proactive and transparent so I am really pleased those documents are available on the website now. “I am disappointed that they were not released earlier. “I don’t know whether it was a conscious decision not to release them, but certainly I pushed that motion for them to be released. “I have not been entirely happy with the State Government’s approach to the revitalisation of Gosford, as in the past, when developers have been given incentives, it has led to land banking and stalled development. “My key priority is that we do want the revitalisation of Gosford CBD. “I don’t think the Planning Minister’s SEPP will lead to those changes we want to see, especially when we still want to look at transport and parking.

“The unlimited heights that now apply to some areas make it difficult to do the planning and create the infrastructure we need. “I would like a new state government to cast their eyes over it,” Mayor Smith said of the impending March state election. She said she encouraged the community to read the documents for a better understanding of the direction chosen by the current NSW Government. Former Mayor and local Liberal MP, Malcolm Brooks, said he had been calling for the release of the documents for the past 18 months, and said they should have been made available to fully inform the public during the consultation period.

“The documents have not been forthcoming, which leads to the question of why they were not made available and who authorised that,” Brooks said. He said it undermined the consultation process and made the new Gosford SEPP and DCP look like they were tailor made to satisfy the needs of a handful of developers at the expense of the community and the future of Gosford. The documents along with others on Mangrove Mountain landfill and Wamberal Beach erosion, that have been proactively released by the current Council, can be found under News and Publications, Access to Information, Authorised Proactive Release.