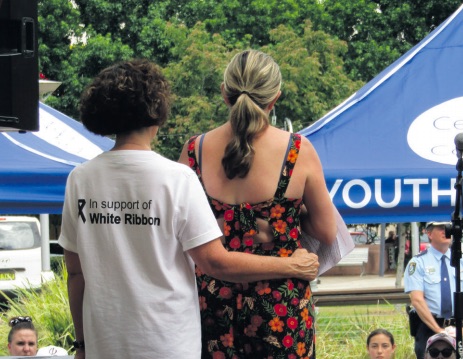 “A giant banner bearing the number 52 was a feature of the Day. “Made from biodegradable materials, the banner reminds us that at least one Australian woman dies each week as a result of domestic violence,” said Central Coast Mayor, Jane Smith.

Another prominent feature of the event was the Central Coast Cubes, which told the stories of Central Coast women who experienced violence at the hands of loved one. The campaign included the stories of Blair Dalton and Leonie Ivanoff, who were both murdered by their partners in 2017. The day also featured information stalls from support services and other community organisations battling gender based violence.