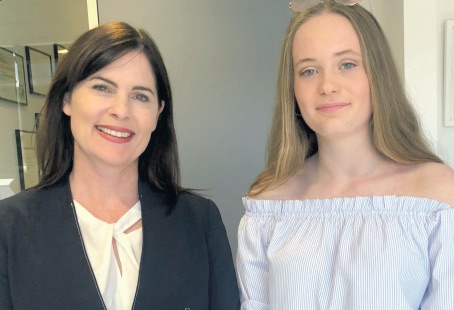 The National Broadband Network (NBN) is speeding towards completion, with 98 per cent of homes and businesses on the Central Coast now ready to connect, according to the Member for Robertson, Lucy Wicks. Wicks said the strong rollout progress was a real win for the local community.

“Thanks to our faster NBN rollout, we’re connecting all Australians sooner to more affordable high-speed broadband,” Wicks said. “The NBN’s fast, reliable broadband will provide a boost to our local economy and ensure families, local businesses and schools can stay connected and access the online services they need,” she said. “I urge residents and families to contact their preferred service provider today to explore the range of plans available and start taking advantage of this service. “I’ve heard from local residents, businesses and students that are benefitting from faster internet speeds and download times as a result of NBN Broadband in our region.”

Federal Minister for Communications, Mitch Fifield, welcomed the news and said that super-fast broadband is a reality for the majority of people on the Central Coast. Anne Charlton, Labor’s Candidate for Robertson, said she believed that the Abbott Turnbull Morrison Government’s copper NBN had been an abject disaster for local internet users.

“The community has told me that their connection to the copper NBN has been unreliable, expensive, and in some instances, worse than their previous ADSL,” Charlton said. “We know that the Central Coast has equated to almost 50 per cent of the complaints received by the Telecommunications Ombudsman,” she said.

“We’ve heard from local businesses who have lost thousands in revenue because the NBN they signed up to is completely inadequate or has left them stranded for months without a connection. “The digital divide of those who have the real NBN in places like Gosford, Springfield and East Gosford, compared to the mess that people in Umina and Kariong are dealing with, is diabolical.”

Dave Abrahams to run for Robertson