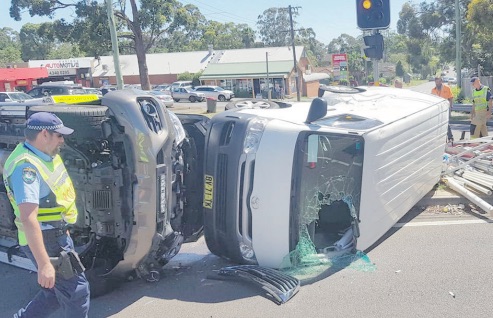 A passing motorist caught this image of the incident

The incident occurred around 3:30pm at the traffic lights on the corner of Curringa Rd, near the Kariong Fire Station. Investigations are underway as to how the incident occurred, but it is believed that speed may have played a factor in the head on collision of the two vehicles, which both ended up on their sides, causing extensive blockages along the roadway.

Emergency services attended the scene and there have been no reports of serious injury. Both vehicles were removed from the road after an initial investigation, but motorists were feeling the pinch, with traffic remaining congested for around 3 hours.