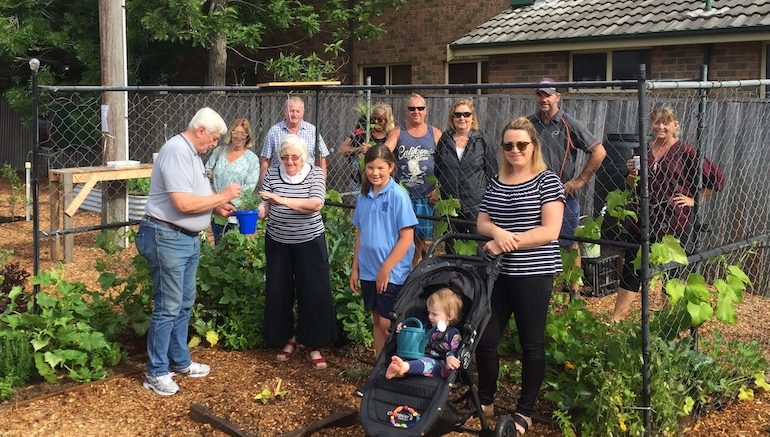 Central Coast Council has threatened to fine Booker Bay residents who have started a successful community garden on the nature strip.

However the council says it is located on a footpath and has ordered it to be moved. Mr Paul Smedley, the resident who started the garden, said that Council had received a complaint about the garden blocking the footpath. “The Council has asked us to pull it down by December 1 or they will fine us,” Mr Smedley said. “I used to grow a couple of chokos for the old girls behind us, and it grew from there, everyone came along,” Mr Smedley said.

“We have over 100 different edible vegetables growing, the kids come past on the way to preschool and eat some snow peas,” he said. “One of the best spin-offs has been that everyone is in touch with each other again. “The children are involved, the old people are out toiling in the garden, everyone is friends, and everyone knows first names. “We don’t live in each other’s pockets but we keep an eye on each other, and we all care about what each other is doing.

“If someone is loitering around someone else’s house we are all in touch, it is just how we are in Booker Bay but the garden has definitely bought it together more. “I have met another hundred people while we have had the garden going,” he said. Another resident, Mr Ken Woolcott, said he thought the garden was “a wonderful idea”. “These things are advocated on all the gardening shows. 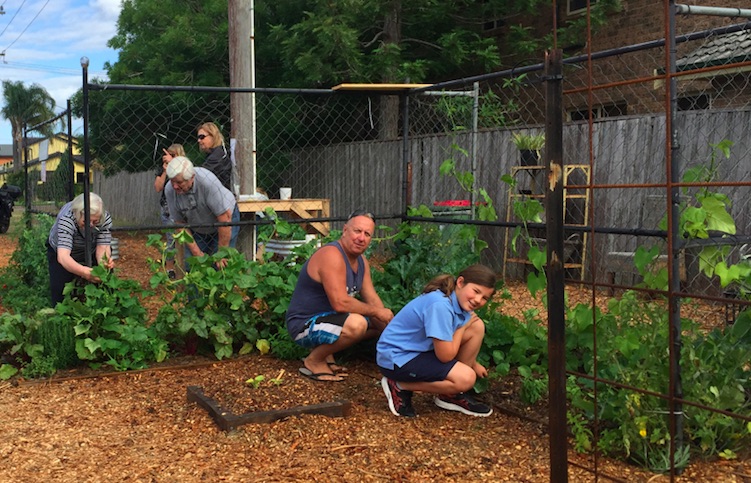 “It gets the community involved, it is free food for everybody and it gives everyone something to do. “I think Council think they own the verge and they need to say yay or nay on everything. “They need to pull their head in,” Mr Woolcott said. Woy Woy Public School student Abbey Pritchard also said she loved the garden, “We can all come together and have fun and water the plants and learn how to take care of them,” she said. Another resident said: “I live on my own and I just find this such a wonderful spot to come to.

“It is people socialising, getting to know one another. “We have got a lot of apartments around here with very small gardens and that is drawing those who have not got their own garden into the community,” she said. According to Council, a complaint was received from a member of the community on October 31 in regards a garden constructed at Davis Ave, Booker Bay. Rangers attended and found the garden had completely blocked the pedestrian thoroughfare in Eastern Avenue Booker Bay and items placed on the strip would likely cause a danger or impede a pedestrian.

Council considered reducing the size of the garden rather than removing it, however it was deemed that the items placed on the strip would cause a danger and impede pedestrians, especially in the evening as the area is not well lit, and therefore Council issued a direction to the person responsible to remove the items by December 1. “Council recognises the need and benefits of Community Garden and has provided a site at 85-87 Moana Street Woy Woy should the community resident wish to participate, a statement from Council said.