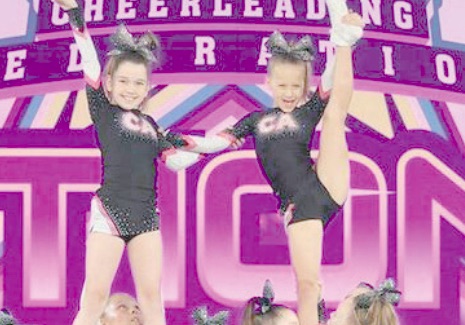 Central Allstars is the Coast’s only All Stars cheerleading club and have been teaching interested boys and girls the American sport of cheerleading, which combines fast paced gymnastics, acrobatics and stunting skills with dance and floor routines. It’s a far cry from the pom-poms and pyramids Australians traditionally associate with cheerleading, according to Central Allstars Founder and Gym Director, Lauren Gosson. “The sport has become increasingly popular in Australia due to its seamless combination of the technical aspects of gymnastic and dance with the social setting of a team sport.”

Gosson grew up as an elite Sydney gymnast and spent her childhood training up to 30 hours per week. She would later go on to represent NSW in the sport several times, before becoming a gymnastics coach. Gosson first discovered All Stars Cheerleading (ASC) in 2010, and fell in love with the sport. Taking her newfound love for cheerleading and combining it with her gymnastics background, Gosson has since coached teams to the Cheerleading World Championships and other prestigious events, including the NCA Nationals, the USA’s largest cheerleading competition.

Her passion culminated in the opening of Central Allstars in 2016, and fastforward two years, all four of her competitive teams landed on the podium at this year’s 2018 Australian Cheerleading Championships, with her senior team being crowned national champions, and her junior teams picking up two second place trophies and a third place as well. For Gosson and her competitive cheerleaders, it was a monumental achievement, given the fact they’d only been involved in competitive ASC for a year. “Nationals was crazy,” Gosson said.

“All the girls and parents are beyond happy, and there were more than a few tears on the day,” she said.

This year’s national championships attracted over 100 ASC clubs and saw more than 12,000 cheerleaders battle it out for national titles. The turnout at nationals is a testament to the ASC’s growing popularity and according to Gosson, this was being reflected at Central Allstars. Gosson currently has around 80 students who come to her gym for various reasons. “Some come for the competition, others come to enjoy specialised classes, and others are just looking to try something new,” Gosson said.