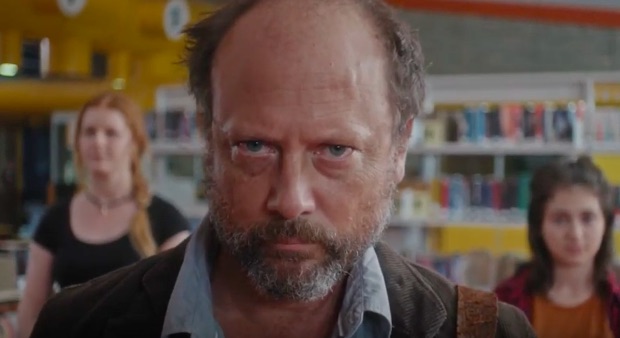 A premiere screening of the new Australian comedy Book Week will be held at Avoca Beach Picture Theatre on the evening of Monday December 3.

Writer/director Health Davis will attend the event together with some of the cast and crew, including Central Coast based star Pippa Grandison.

Described as a quirky Australian film in the genre of The Castle, the film has already started to gaining a reputation as an Aussie classic.

Budding author, Nicholas Cutler, has been waiting 44 years for his life to start. Well, the version of the life he’s forever played out in his mind, not the insipid one fate has dished him.

A self-professed, “undiscovered literary genius”, Cutler has been wanting so long for the dream to become a reality that’s his strength of mind is starting to crack. Not even the serial womanising and long boozy nights, can suppress the discouraged high school English teacher’s artistic suffering anymore.

However, just when it looks like he may have to accept a life of unfilled ambitions and failure, it seems Cutler’s ship might just have come in when his sixth manuscript – a cheesy teen horror romance titled “World War V” – garners the interest of a respected publishing house. He simply has to be on his best behaviour for a week so as to not mess it up.

With an attractive book deal all but guaranteed, an overjoyed Cutler says goodbye to his “double life” and recklessly resigns from his teaching post. Now all he has to do is endure one more week, which happens to coincide with the school’s annual book week festivities.

What starts off as an ordinary school week turns out to be anything but for the narcissistic and opportunistic bachelor. In fact, Cutler will experience for the first time in his life what it’s like to put others first for a change. His gravely ill brother in law needs a kidney, his clucky girlfriend and boss, Lee, demands a commitment, his troubled but star basketball player Tyrell is incarcerated while a misguided student teacher named Sarah requires his leadership.

Instead of running away from responsibility, Cutler embraces it and in the process discovers the spiritual power of compassion. And when his novel is suddenly passed over at the eleventh hour for a manuscript written by his most detested student, Melanie, Cutler realises there’s more to life than just himself and his personal pursuits; that a life not shared is a life not lived.

Talks by the Director will proceed the special screening at the historic picture theatre. Advance tickets can be purchased online here.