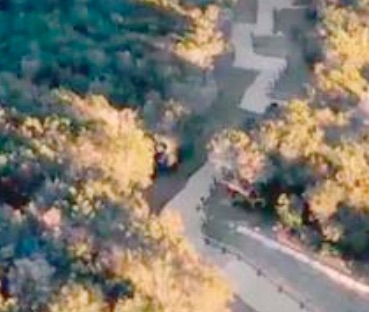 Member for Terrigal, Adam Crouch, has welcomed Council’s commitment to undertake a site inspection at the Winney Bay Cliff Top Walk location, one of five resolutions made by Council in relation to the Winney Bay area.

“I commend the professional way in which Council staff conducted the detailed and informative consultation period,” Crouch said. “As the Mayor has confirmed, Council is fully supportive of the Winney Bay Cliff Top Walk project, though it may require minor updates to align with local feedback,” he said. “Earlier this year, as part of the Government’s statewide allocation of $110m for Regional Growth Environment and Tourism Fund projects, the Central Coast successfully secured $9m for the Terrigal Boardwalk, Central Coast Marine Discovery Centre, and Winney Bay Cliff Top Walk.

“It would be very disappointing if Council were to jeopardise $4.6m for the Winney Bay Cliff Top Walk. “Together with Council, I am determined to deliver this State-funded project for the benefit of Central Coast locals and visitors,” Crouch said. Crouch’s statements were made in response to a notice of motion from, Clr Jeff Sundstrom, at the Council meeting held on Monday, November 12, called “Let’s revisit Winney Bay”. The motion, adopted with the support of nine Councillors, stated that there had been “considerable division within the community” caused by certain aspects of stages 1 and 2 of the Winney Bay Walk project.

“This is clearly indicated by the 650-plus signatures gathered to date on the petition received by Council on October 22,” Clr Sundstrom said. “Concerns regarding overdevelopment, impact on native flora and fauna, and a perceived failure to properly meet community expectations in good faith consultation, continue to be aired in local media,” he said. “Given the results of the of recent public consultation are on the way, no contracts for works be signed with any entity until after all relevant reports are received and matters arising from the consultation are addressed.”

In the interim, Council will continue to, in good faith, communicate with the impacted community, namely Copacabana, working towards a project that meets the criteria of the funding body as well as that of the people who live in, and have custodianship of, the headland in question. Council resolved to organise a site visit for Councillors to consider matters arising from the consultation. It will also contact the funding body to seek clarification regarding how any proposed changes (design, features, type of construction, route of the pathway etc) to the current proposal might affect the current funding offer.