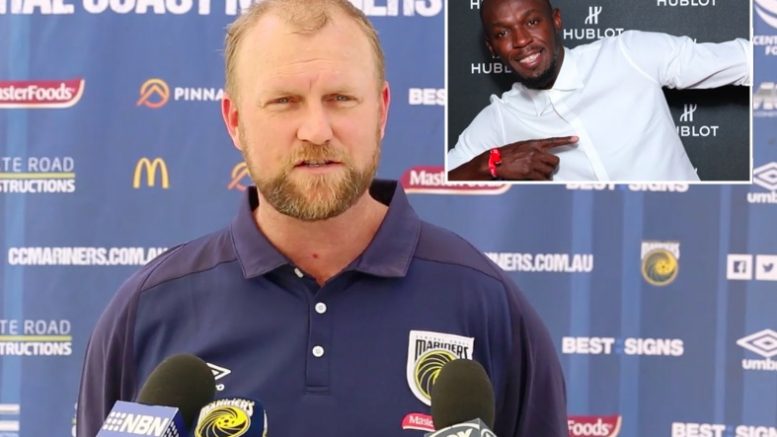 The Central Coast Mariners and Usain Bolt’s representative Ricky Simms can today advise that the indefinite training period of Usain Bolt with the Mariners has drawn to an end, effective immediately.

As previously stated, the Club and Ricky Simms have been in conversations with external partners to find a commercial solution that suits all parties.

Despite several promising potential partners, both Bolt & the Central Coast Mariners have amicably concluded that they will not be able to settle on a suitable deal in a timely manner.

Usain Bolt thanked the Central Coast Mariners for the opportunity to commence his football journey.

“I would like to thank the Central Coast Mariners owners, management, staff, players and fans for making me feel so welcome during my time there. I wish the club success for the season ahead,” Bolt said

“Despite the fact that we could not come to an agreement that would continue Usain Bolt’s football journey with the Central Coast Mariners, we’ve been thrilled to have the Olympic champion sprinter and world record holder as part of our Club for these past eight weeks,” Charlesworth said.

“For the Mariners, it’s been a pleasure to work with Usain as he pursued his desire to become a professional football player.

“This has been a mutually beneficial partnership that brought an increased level of excitement and attention to both the Mariners and the Hyundai A-League. From day one, Usain dedicated himself to being part of the Mariners. He integrated very well into the team and made great strides as a footballer.

“Most notable, was his performance in Campbelltown where he scored two goals helping the Mariners secure a 4-0 win against Macarthur South West United.

“Whilst we understand that Usain will not be part of the Club going forward, the Central Coast Mariners wish him all the best in his future endeavours and we hope that opportunities arise to collaborate in other capacities in the future,” Charlesworth said.