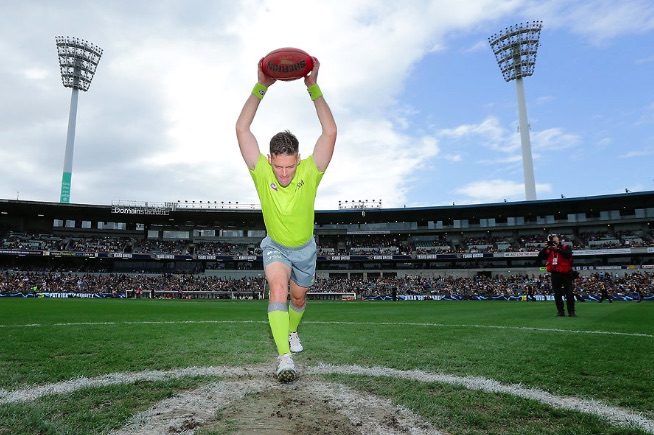 A new era for AFL on the Central Coast. Image: AFL.com.au - though not everyone is happy.

The future of AFL on the Coast has been decided, with AFL NSW/ACT, the sport’s state wide governing body, confirming that the newly minted AFL Hunter Central Coast Incorporated format will go ahead in the 2019 season.

The decision has been a point of contention throughout the 2018 season, with Black Diamond AFL President, Wal Bembic, labelling the decision a difficult one on all sides. Clubs have been meeting with their members and representatives from both governing bodies, at varying intervals throughout the year, to discuss AFL NSW/ACT’s proposal and its potential implementation.

Despite Bembic and the rest of the Black Diamond AFL Board’s concerns around the seeming phase out of Black Diamond AFL in everything but name, (clubs will still compete for the Black Diamond Cup), 20 of the Central Coast/Hunter’s 21 teams, including all five of the teams from the former Wyong LGA, signed a Memorandum of Understanding confirming their membership and participation in the new league, with the last unsigned club expected to come on board in the coming weeks.

The new league will be known as AFL Hunter Central Coast Incorporated. AFL NSW/ACT Regional Manager for Northern NSW, Simon Smyth, said he was thrilled with the support of local clubs and stakeholders for the new league and was excited about the prospect of a junior-senior aligned competition next season. “These clubs have jumped at the opportunity to be part of the first strategically aligned league in the region across juniors and seniors, and we are very pleased to welcome them,” said Smyth.

“This league will provide clear pathways that will facilitate the retention and transition of players and umpires for many years to come. “It will be locally owned and driven, with clubs as the only voting members, and it has been a pleasure to see the progress that has taken place, at the recent transitional working parties, from key local stakeholders, who have ensured that this league is the best fi t for our region,” he continued.

The new incorporated association has been established, with the appointment of the inaugural Board members to be finalised in the coming weeks, with the league to be fully operational before the end of 2018, including staff, budgets, by-laws and website.