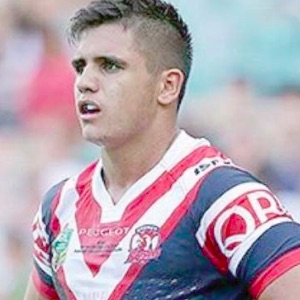 A former first grade Wyong Roos player has been sentenced to a six month Intensive Corrections Order (ICO) for his role in the Jayden Nikorima Mad Monday debacle.

Kanwal local and Wyong Roo, Brad Keighran, appeared at Wyong Local Court on October 31, and pleaded guilty to misleading the NRL Integrity Unit, after entering a deal with former Roos teammate, Jayden Nikorima, to discredit a positive drug test returned by Nikorima, which would see him dropped from the Sydney Roosters. An agreed Statement of Facts (SOF) tendered in court stated Nikorima had been celebrating Mad Monday in Budgewoi, on September 24, 2017, after the Roos lost the Intrust Super Premiership Grand Final.

Nikorima tested positive to ecstasy in an NRL drug test three days after the celebration, which triggered an automatic 12-match ban for a second strike under the code’s illegal substances policy. It was alleged that during this time, Nikorima, fearing that he would be dropped from the Sydney Roosters, approached Keighran and offered him $7,000 to mislead the NRL by claiming he had spiked Nikorima’s drink during the Mad Monday celebrations. A Statutory Declaration (SD) was drawn up which Keighran signed and was used by Nikorima in an appeal to the NRL Integrity Unit.

The pair’s deception was revealed when the Integrity Unit, not satisfied with the SD, wished to speak with Keighran. Keighran was on an overseas holiday at the time and was unable to be reached, prompting Nikorima to withdraw his appeal. His contract with the Roosters was terminated shortly after. Wyong Leagues Club brought the matter to local police after Channel 7 News ran a story about the alleged cover-up in April 2018.

According to the SOF, Keighran presented himself to Wyong Police and told police he did not spike Nikorima’s drink and that he had not even attended the Roo’s Mad Monday celebrations. Keighran was given a 40 per cent discount on his sentence, which he will serve in the community with no prison time, for cooperating with the police and for pleading guilty at the earliest opportunity. A police investigation into Nikorima is expected to get underway over the coming months.