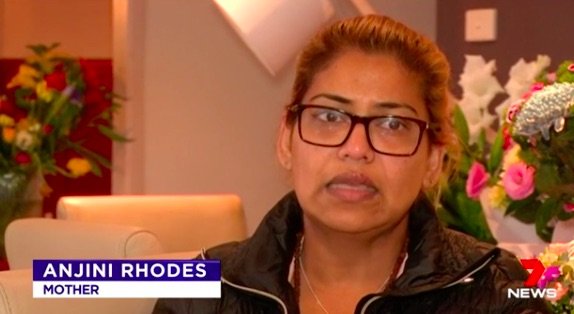 Ten weeks on from the death of Mischelle Rhodes, the 19-year-old who died from meningococcal disease after being discharged from Gosford Hospital, her family is continuing to seek answers.

Anjini Rhodes is still struggling to come to terms with the loss of her daughter, and in an interview with the Seven Network, she said that she would continue to press for answers from Central Coast Local Health District (CCLHD) and NSW Health about the events leading up to her daughter’s death, so that no other family would have to go through what she did. Rhodes told Seven News that she was wracked with guilt for not pressing Gosford Hospital staff to readmit her daughter sooner, after Mischelle was sent home from the hospital with painkillers, after presenting with symptoms of nausea and fever. In less than 24 hours, Mischelle’s condition had deteriorated and she represented at the hospital, but it was too late, and she later died in hospital.

“I think I should have fought back,” Anjini told Seven.

“I should have spoken up. “Maybe my daughter would still be alive,” she said. Following Mishcelle’s death, Gosford Hospital conducted an internal review, and an independent review is also underway. Rhodes received a letter from the CCLHD regarding the review. The letter stated that at the time of Mischelle’s initial presentation at the hospital, there was no evidence of significant infection or serious illness, but it did concede that had a more thorough observation period occurred, a meningococcal diagnosis might have been achieved earlier. The letter also stated that given the history of deaths as a result of meningococcal disease in Central Coast hospitals, the community perception was likely to be that any internal review will not be objective, hence the scheduling of the independent review.

Staff at Gosford Hospital will also receive additional training and resources on how to identify meningococcal disease. Rhodes said that she hoped the review would result in better outcomes for future cases of meningococcal disease. “I made a promise to her that this is not going to happen again to another parent. “Going through this, I am going to keep that promise to her,” Rhodes said. Prior to her death, Mischelle was a vibrant young member of the community. A graduate of St Peter’s College Tuggerah, Mischelle was working at In Sport, Westfield, Tuggerah, and undertaking a Bachelor of Security Studies at Macquarie University.

One of Australia’s earliest churches to celebrate its 175th anniversary