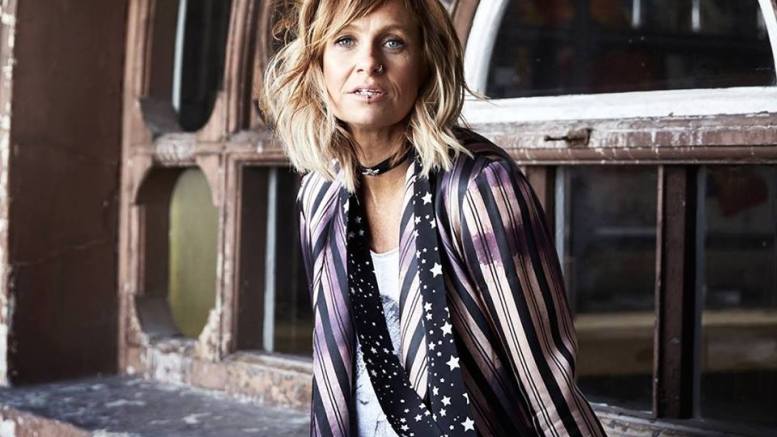 Kasey Chambers will be inducted into the ARIA hall of fame.

Chambers’ massive career has spanned over two decades and 12 studio albums, five of which went number one on the ARIA Charts, making her the Australian female artist with the most number one albums ever, equalled only by, Kylie Minogue and Olivia Newton-John.

“I grew up learning to play music around a campfire in the outback of Australia with my family.

“Living in our car, hunting our own food and creating our own unique sound together that was always hundreds of miles away from any kind of audience.
“I never even dreamed that one day the music that I wrote and played would connect with so many people, let alone get me to a place where I received the phone call that I would be inducted into the ARIA Hall of Fame.

“You could have knocked me over with a feather,” Chambers said.
“I am so proud to have been able to create the music I love in a way that has always felt so true and authentic to me and to have it reach so many people.
“To be recognised by ARIA through this award is one of the greatest honours I could possibly imagine and I am so humbled to get the chance on the night to share the journey this little country singer from the Nullabor has actually had.
“Thank you,” Chambers said.
Her first solo album, The Captain (1999), remains one of the most extraordinary and lauded debut records by an Australian artist in any genre, reaching two times Platinum status.
The album boasted a maturity beyond her years and ingredients that have been a staple of Chambers’ song writing ever since.
The critics saw The Captain for what it was, a blast of fresh air in the local country scene and led Chambers on her way to pick up her first ARIA Awards, for Best Country Album and Best Female Artist.
Almost two years later, the album reached the Billboard Top 50, and not long after, Barricades and Brickwalls (2001), Chambers’ second album appeared, and went on to break more ground, earning her Best Album, Best Female Artist and Best Country Album at the 2002 ARIA Awards, and landing her at the top of the Pop Charts in Australia with the classic single, Not Pretty Enough.
Chambers was the first Australian Country Artist to have a single and album at number one simultaneously.
Barricades and Brickwalls would eventually achieve sales of seven times Platinum in Australia.
Chambers had the second bestselling single and album by an Australian artist in 2002 and was hailed as bringing country music into the mainstream.
In 2017, Not Pretty Enough, was inducted into the National Film and Sound Archive of Australia for having cultural, historical and aesthetic significance and relevance, which inform or reflect life in Australia.
After more than a 25-year career, Chambers continues to tour extensively and has released more ARIA chart-topping albums.
Bittersweet (2014) debuted at number two, her sixth top five album in Australia.
Her double album, Dragonfly (2017), followed, debuting at number one, and most recently, Chambers released her twelfth studio album, Campfire (2018).
Peaking at number six and nominated in the 2018 ARIA Awards for Best Country Album, she has cemented herself as one of Australia’s most treasured music icons.
ARIA CEO, Dan Rosen, said he was delighted to announce Chambers’ nomination on behalf of the ARIA Board.
“I am honoured to announce that, Kasey Chambers, will be inducted into the ARIA Hall Of Fame.
“The longevity of her career is a testament to her enduring talent and artistry, with many timeless songs that have crossed generations of Aussie music fans.
“She is a much-loved artist and I am sure that music fans all around the country will be very excited to see Kasey take her deserved place with the other icons of the Australian music industry at this year’s ARIA Awards,” he said.