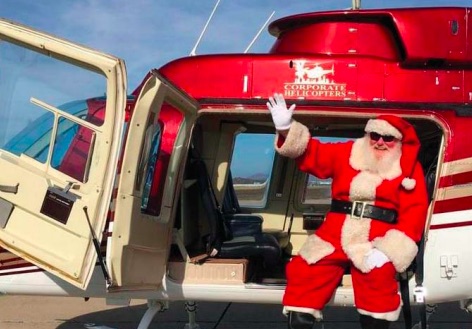 The Rotary Club of Northlakes Toukley has partnered with the Independent Rodders of Lake Macquarie, to put on a hot rod Christmas fundraiser at the Doyalson Wyee RSL Club on December 2.

The hot-rod Christmas fundraiser is being held to support struggling NSW farmers, and will be a car and bike show on the Club’s football fields, and entry is open to all cars and bikes. “We are planning to get over 200 cars,” said the Rodders’, Brian Greentree.

This show is open to the public from 8am with a gold coin donation upon entry. There will be a free jumping castle for the kids as well as market and food stalls, coffee and ice cream vans, and other goods and entertainment. “We have on sale 150 farmers’ car shirts, for those who get there early on a first come first served basis,” said the Rotary Club’s, Maurie Schokman.

“We will also have 100 special dash plaques and 50 special key rings selling on the day, and a major raffl e and auction with great prizes. “For the kids, Santa will arrive by helicopter (If there are no local emergencies requiring the helicopter/weather permitting),” he added.

The Rodders are also still accepting donations of prizes for the auction and the raffl e. “All money raised on the day will be going to the farmers at Tamworth. “The Rotary Club Northlakes Toukley has organised for the Rotary Club of Tamworth West to distribute debit cards to the needy farmers, so that the money can be spent in the communities needing help,” Greentree said.